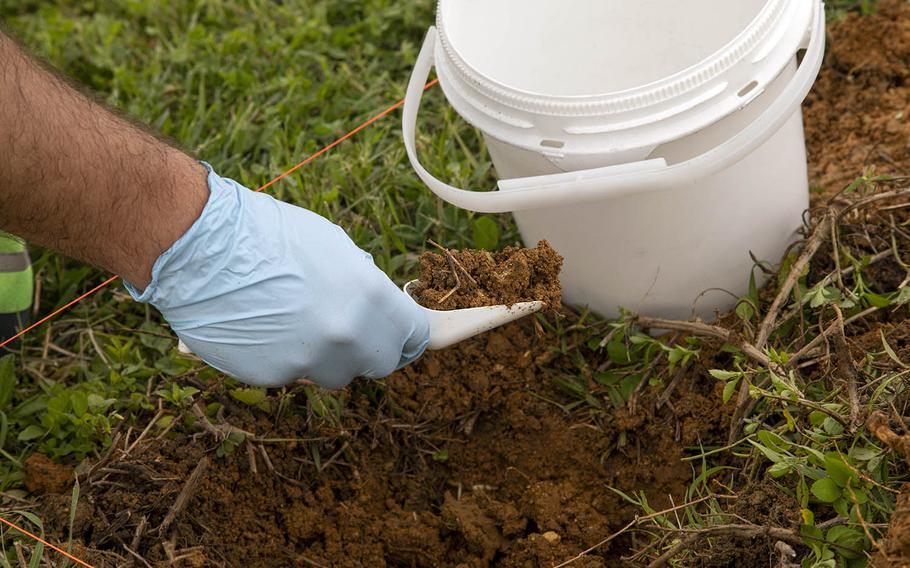 About 22,000 gallons of the aqueous foam were contained on base. The remainder traveled off base through a storm drain and into a nearby stream and neighborhood.

Marine Corps Installations Pacific announced the results of its probe in an emailed statement Friday evening. They provided no further information on the barbecue incident and did not return messages seeking further comment Friday evening.

The Marines said their investigation found “no threat to human health from either the storm water or soil levels,” according to the statement. “There were no drinking water sources impacted by the effects of this spill,” it stated.

PFOS, or perfluorooctanesulfonic acid, and PFOA, perfluorooctanoic acid, are known to cause tumors, increases in body and organ weight and death in animals. The synthetic organic acids are also found in aircraft grease, water-repellant materials, cleaning agents and other products.

With its statement, the Marines provided a table of test results showing PFOS and PFOA levels at several locations. The results were derived from soil and water samples taken by the U.S. military and the Japanese and Okinawa prefectural governments.

The Marines said the levels of contamination found in stormwater off base were below the 0.05 micrograms per liter target value established by Japan for PFOS and PFOA.

As a result of its review, Marine Corps Installations Pacific held an all-hands seminar to teach Marines about the fire suppression system, improved the signage regarding the system’s use and increased restrictions on the use of open flames near the flight line, the statement said.

Results of the investigation were shared with the Japanese and Okinawa prefectural governments as well as with the city of Ginowan.

The Marine statement indicated they would replace the firefighting foam.

Friday evening, the Okinawa Defense Bureau, which represents Japan’s Defense Ministry on the island, referred Stars and Stripes to the Defense Ministry for comment on the Marines’ statement. A ministry spokesperson could not be reached.

An Okinawa prefectural spokesman said the island government is relieved the levels of PFOS and PFOA, cancer-causing agents, reported by the Marines’ review of the spill were not “obscene.” He said the prefecture would request further details about the barbecue.

“I am sure they came up with the prevention plan not to repeat this incident again,” said a prefectural spokesman from the U.S. military matters section. “We will monitor to make sure they follow the new prevention protocol.”

Japanese government representatives often speak on condition of anonymity as a requirement of their positions.

An official from Okinawa prefectural environmental section said Friday evening that the Defense Ministry would soon start monitoring PFOS and PFOA levels in the Uchidomari River, into which base stormwater drains.

“We cannot say we are relieved because there are other places around Futenma where high amounts of PFOS and PFOA were detected,” the spokesman said. “We will keep asking Marine officials to allow us into the base to investigate the other locations where the high amount … has been detected.”