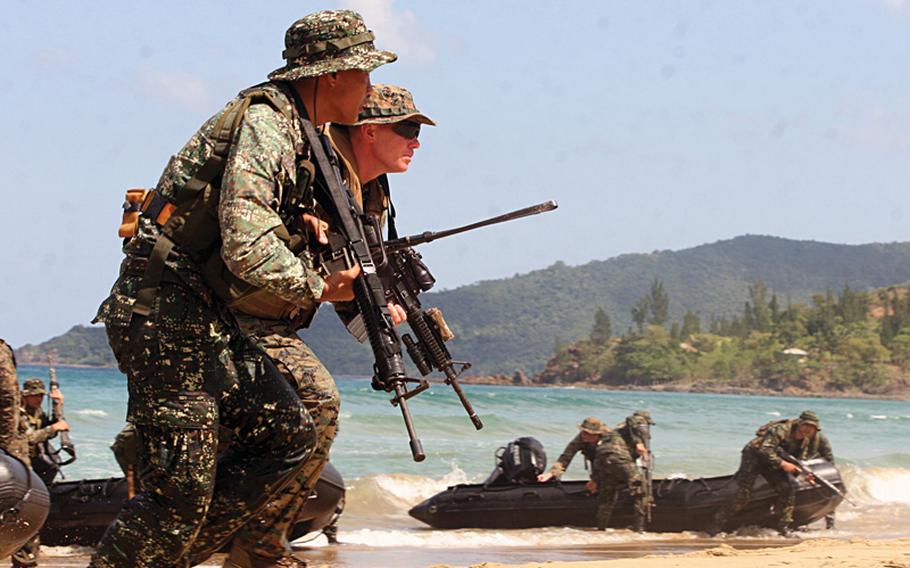 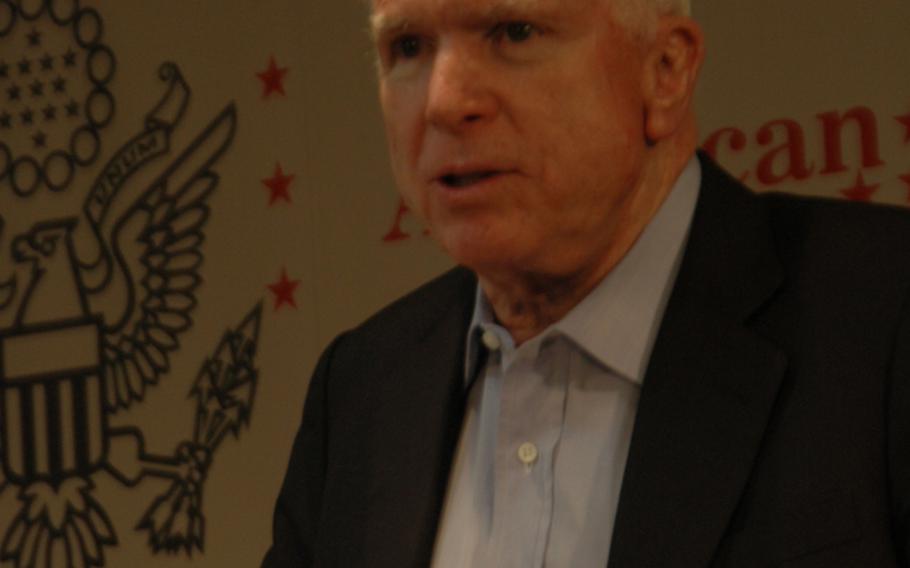 CAMP FOSTER, Okinawa — A top U.S. senator says Congress still has the same concerns over the planning and costs of moving Marines off Okinawa that have held up funding of the project for years.

Sen. John McCain, R-Ariz., made the comment Wednesday to reporters after being urged by Japanese Prime Minister Shinzo Abe to free up federal spending for the redeployment of up to 8,000 Okinawa Marines to Guam and elsewhere in the Pacific.

The Senate has blocked nearly all spending on the $12.1 billion U.S. military plan to reduce its large troop presence on the island and spread the Marine forces across the region as part of a strategic pivot to the Pacific, saying the massive effort has no master plan and may be too costly.

Abe’s government is eager to make good on its promises to reduce the burden of bases on Okinawa, which is Japan’s smallest prefecture and the unwilling host of the bulk of U.S. forces stationed in the country.

The prime minister called the realignment “critical” to the U.S.-Japan alliance and said moving the Marines to Guam, Hawaii, Australia and the U.S. mainland would lead to closure of a significant number of bases and the return of large parcels of land to the Okinawans, according to a government statement.

The Marine realignment has been tangled in red tape and politics for years. A number of Abe’s predecessors have failed to make significant progress on the issue.

After his meeting with the prime minister, McCain reiterated the Senate’s objections to spending billions on a move without detailed planning or solid cost figures, a stance backed by Sen. Carl Levin, D-Mich., chairman of the Senate Armed Services Committee, according to a report by the NHK news service.

The Government Accountability Office also has criticized the realignment, issuing a report in June saying no master plan exists and the price tag omits many of the expenses. In 2011, the agency calculated the costs could nearly double to almost $24 billion.

However, McCain said he is hopeful that one of the most controversial bases on Okinawa — Marine Corps Air Station Futenma — will soon be closed and relocated farther north on the island. Futenma is in the center of densely populated Ginowan city and is the base of operations for hybrid Osprey aircraft, dual-rotor helicopters and KC-130 planes.

Tokyo has requested permission from Okinawa’s governor to allow construction of an offshore U.S. airfield adjacent to Camp Schwab, outside Nago city, to replace Futenma. A decision is expected this winter.

The Futenma relocation used to be the keystone of the Marine realignment, but it remains deeply unpopular on Okinawa, where many residents want the Marine air operations moved off the island altogether. Due to political opposition, the U.S. and Japan “de-linked” it from the larger relocation of Marines in the Pacific.

“I’m guardedly optimistic that if the governor of Okinawa makes the decision that allows us to move forward that we have a great plan that we can implement,” McCain said.

McCain and other senators earlier proposed moving Futenma operations to Kadena Air Base, a sprawling Air Force facility a few miles away, but the military has balked at the proposal.

Stars and Stripes reporter Seth Robson contributed to this story.