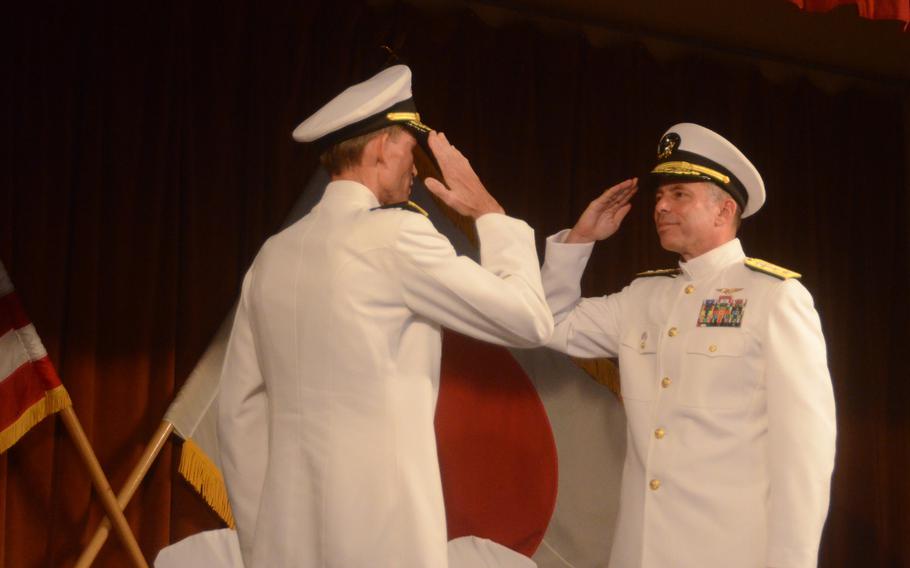 Kraft, a pilot and graduate of the U.S. Naval Academy, arrives in Yokosuka after a tour as head of the Navy Warfare Development Command in Norfolk, Va.

His first tour in Japan came as a bombardier attached to the USS Midway, which participated in Operation Desert Storm in 1991. His first impression of the country came courtesy of a 1969 Honda minibike that his father Roy, a retired Navy captain, brought home after a trip there.

“Needless to say, I became a big fan of Japan at a very young age,” Kraft said.