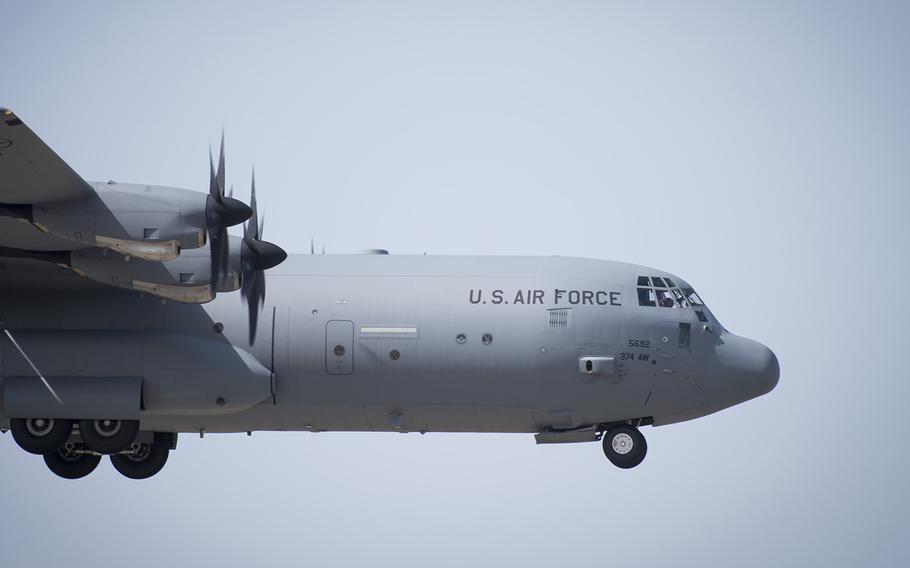 TOKYO — A Japanese high court on Thursday awarded more than $7 million to people living near Yokota Air Base in western Tokyo as compensation for aircraft noise but rejected their demand to restrict flight operations at the base.

The lawsuit, filed against the Japanese government in 2013 by more than 1,000 residents, demanded suspension of all U.S. military and Japan Self-Defense Forces flights between 7 p.m. and 7 a.m. They also sought compensation for past and future aircraft noise damage, which they say caused health problems and disturbed their lives.

Thursday’s ruling by a three-judge panel at the Tokyo High Court mostly upheld the 2017 district court ruling, which awarded more than $5.7 million to the residents for past noise damages but rejected payment for future noise damage and suspension of flights in late and early hours.

“The ruling did not comply with our small wish to secure quiet nights’ sleep and relaxing time with families, which we wished for through our demand for suspending flights,” the residents said in a statement.

The judges ruled that U.S. military activities in Japan are outside of the court’s jurisdiction.

However, Presiding Judge Shigeru Nakanishi in the ruling suggested that a “large-scale investigation” by the Japanese government of low-frequency noise generated by CV-22 Osprey aircraft and release of the results are “desirable,” according to The Japan Times newspaper.

The court awarded additional compensation for noise damages the residents suffered from the time the lower court decision was made to the time when the higher court hearing ended in January, according to the judgment.

The residents and the Japanese government have 14 days to appeal the decision to the Supreme Court.