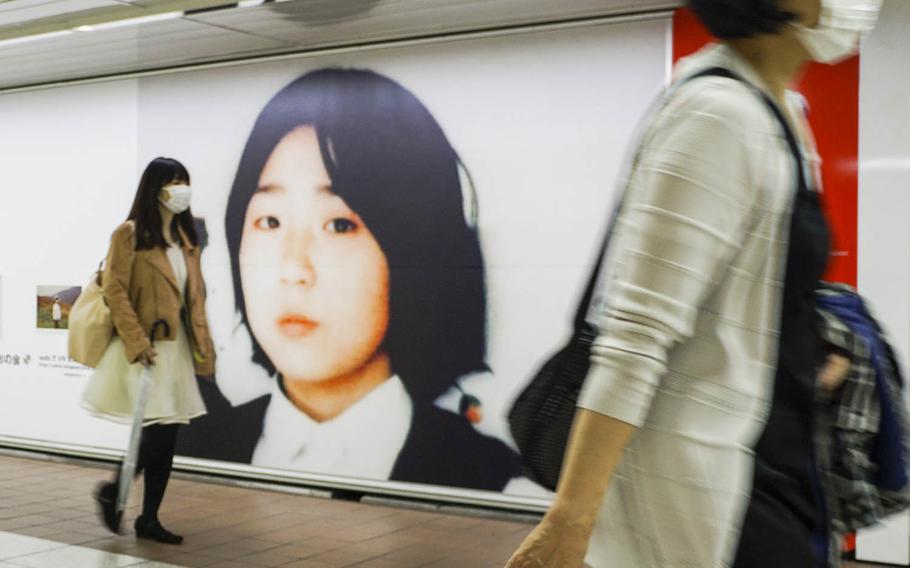 Buy Photo
Commuters walk past a photo of Megumi Yokota, who was abducted by North Koreans in 1977, at Shinjuku Station in Tokyo, May 9, 2018. (Stars and Stripes)

Buy Photo
Commuters walk past a photo of Megumi Yokota, who was abducted by North Koreans in 1977, at Shinjuku Station in Tokyo, May 9, 2018. (Stars and Stripes) 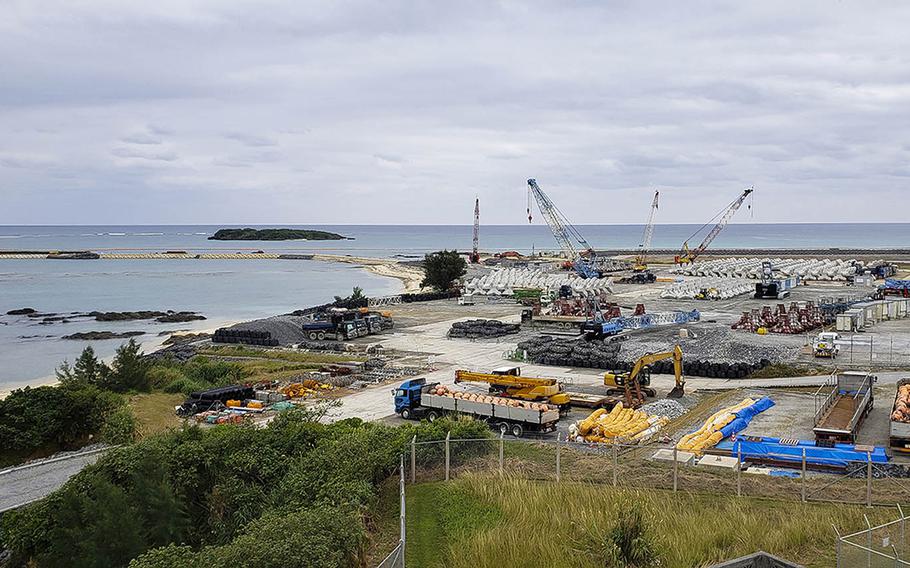 Buy Photo
Construction continues on a controversial runway at Camp Schwab, at Marine Corps base on Okinawa, Jan. 19, 2020. (Stars and Stripes)

CAMP FOSTER, Okinawa – Okinawans called on President Joe Biden this week to reconsider construction of a new Marine Corps airfield on the island, while others in Japan hope he’ll push for an accounting of Japanese citizens kidnapped by North Korea.

The relocation of Marine Corps Air Station Futenma out of an urban area to a site under construction farther north at Camp Schwab in the Henoko district is a sticking point with many Okinawans.

Most voters in a February 2019 referendum, 72%, opposed the plan. Just over half the prefecture’s 1.15 million registered voters turned out.

“We have showed over and over how we feel about the new base at Henoko and even the public vote showed over 70% of the people of Okinawa don’t want the Henoko new base,” Takashi Kishimoto, director of Okinawa Heiwa Undo Center, or Okinawa Peace Movement Center, told Stars and Stripes by phone Friday.

As president of a democratic country, Biden should honor the Okinawan people’s wishes, Kishimoto said.

Camp Schwab, in a relatively rural section of Okinawa, was chosen in 1997 as the site to replace MCAS Futenma and eliminate safety concerns in Ginowan city, where Futenma is located.

Work began in April 2017 to reclaim a part of Oura Bay for a new runway. But cost overruns and delays have pushed the completion date past 2014 to 2030 and the cost from $2.2 billion to at least $8.7 billion. The Japanese government supports the plan, but Okinawa Gov. Denny Tamaki is a staunch opponent of the Marines’ relocation within the prefecture.

Tamaki wrote Jan. 13 to Biden, who was inaugurated Wednesday, and his vice president, Kamala Harris, asking that they review the plan, according to a copy of the letter provided to Stars and Stripes by his office.

Yuji Fukumoto, director of All Okinawa Kaigi, a group opposed to the relocation, also called on Biden to review the plan, according to a report Thursday in Kyodo News.

“The will of Okinawans has continued to be ignored. I want [the Japanese and U.S. governments] to respect it,” he said, according to the report.

Fukumoto could not be reached for comment by Stars and Stripes on Friday.

Another group, Sukuu Kai, founded in 1997 by the relatives of Japanese abducted by North Korea, urged Biden to hold the line in regard to sanctions against North Korea. The United Nations has imposed a series of sanctions aimed at stopping its development of nuclear weapons.

“What I want from President Biden is that he keeps the sanctions and be supportive of a meeting that Prime Minister [Yoshihide] Suga wants to have with Kim Jong Un.”

The Japanese Foreign Ministry on its website states North Korea has abducted 17 Japanese citizens between 1977 and 1983, with another 883 cases under investigation.