Ankyaba battery on Kakeromajima is seen in 2006 from the southern coast of Amami Oshima in Kagoshima prefecture, Japan. (Courtesy of Wikicommons)

Ankyaba battery on Kakeromajima is seen in 2006 from the southern coast of Amami Oshima in Kagoshima prefecture, Japan. (Courtesy of Wikicommons) 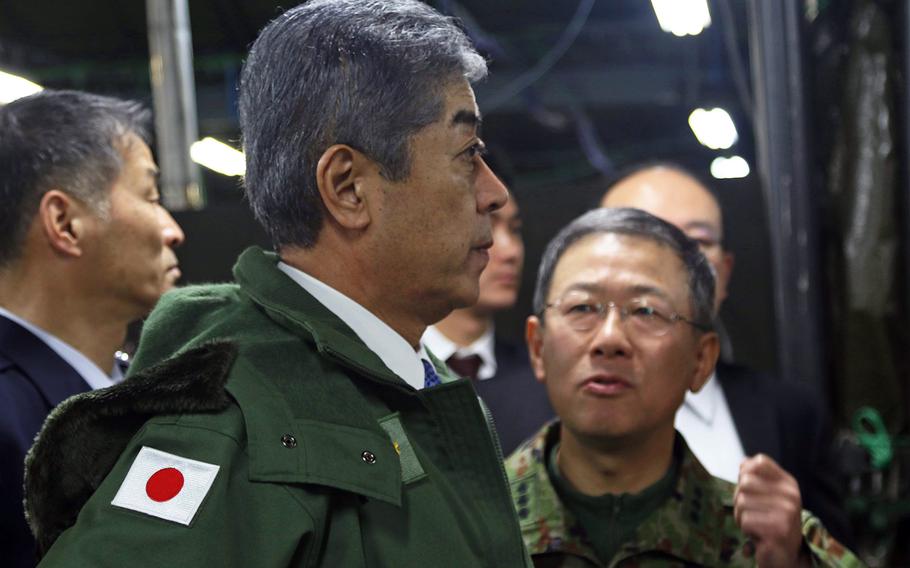 CAMP FOSTER, Okinawa — Japan solidified defenses in its southern island chain late last month with the addition of three military bases aimed at providing a quicker response to “natural disasters or any emergencies.”

The Japan Ground Self-Defense Force bases were officially activated March 26 at Miyako Island, which is part of Okinawa prefecture, and in two spots on Kagoshima prefecture’s Amami Oshima island, Japan’s Ministry of Defense announced last month. Tokyo is also in the process of launching a new command on Ishigaki island, roughly 150 miles east of Taiwan.

The bases are designed to shore up the Ryukyu Islands — also called the Nansei Islands — which run south from Japan’s four main islands toward Taiwan.

“The Nansei Islands are the front line of our defense and about [750 miles] long,” Defense Minister Takeshi Iwaya told reporters on March 26. “Therefore, we are trying to fill the gap by deploying our servicemembers in these regions. By filling these blank spots with new commands, we are certain that in case of natural disasters or any emergencies, they can respond quickly.”

The new Miyako garrison has 380 troops, JGSDF spokesman Takayuki Seo told Stars and Stripes on Monday. Plans call for the base to expand to up to 800 servicemembers.

The Amami garrison, which is north of Okinawa but south of Japan’s main islands, has 350 troops, and Setouchi, which is also on Amami Oshima, has another 210, said JGSDF 8th Division spokesman Hironori Endo. Beyond responding to natural disasters, Endo said troops are there to “keep the peace.”

The move may also be related to China, which has become increasingly antagonistic in the Indo-Pacific in recent years as its military has modernized and expanded along with its burgeoning economic might.

Japan’s territorial waters extend 12 nautical miles from the low-water line along the coast, according to the United Nations Convention on the Law of the Sea.

Chinese military vessels also entered Japan’s contiguous zone, which represents the 12 nautical miles out from its territorial waters, on 14 separate occasions in March, according to the coast guard.

There were four Chinese violations of Japan’s territorial waters in February and another 12 in January, the coast guard’s website said.

Chinese officials have also made public claims on Japan’s uninhabited but resource-rich Senkaku islands and on Okinawa itself.

In response, Japan has announced plans to develop and deploy large underwater drones to monitor its remote islands in the coming years, along with supersonic glide bombs that can be launched from their island holdings to deter attacks in the region.