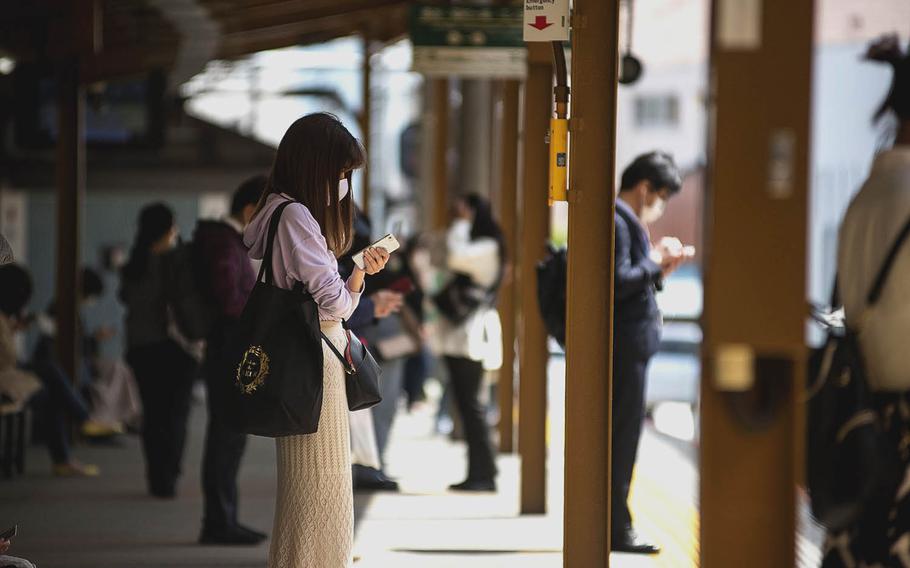 About 833 people test positive in the city each day, according to the seven-day rolling average.

The U.S. military in Japan and South Korea reported six new COVID-19 cases between Saturday and Monday. In contrast to Japan, which has vaccinated less than 2% of its population, U.S. bases are ramping up vaccination clinics and urging all eligible adults over age 18 to get inoculated.

Sasebo Naval Base, on the southern island of Kyushu, reported via Facebook on Sunday that two people tested positive during a medical screening and were quarantined.

The Marine Corps had three new COVID-19 patients between Saturday and Monday, one each at Marine Corps Air Station Futenma and Camps Hansen and Courtney, according to a Facebook post by Marine Corps Installations Pacific on Monday.

Osaka, the second-largest metropolitan area in Japan, has reported more than 1,000 new COVID-19 patients on 12 of the 14 days ending Sunday, according to the prefecture’s online database. Monday’s report was unavailable.

Yoshimura may ask the national government to extend the state of emergency in Osaka beyond its May 11 expiration date, according to NHK.

The emergency includes neighboring Kyoto and Hyogo prefectures and Tokyo. Business hours are limited in those areas, mass transit schedules in Tokyo are reduced and employees are encouraged to telework.

Previous emergency declarations in Japan lacked teeth, but a new law passed during the pandemic put some enforcement power behind the measures.

In South Korea, one soldier from the Korean Augmentation to the U.S. Army tested positive Thursday after returning from leave, according to a U.S. Forces Korea news release Friday. The soldier is in quarantine at Camp Humphreys.

A spring surge is doubling the number of new COVID-19 patients in places across South Korea. Numbers there are the highest they’ve been since January.