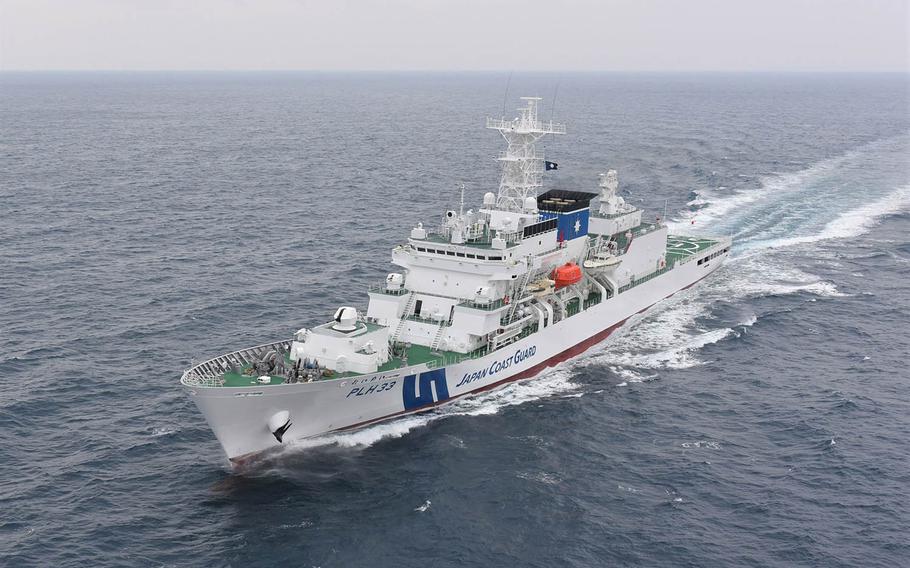 CAMP FOSTER, Okinawa — The Japan Coast Guard shooed a Chinese research vessel away from its exclusive economic zone where Japanese authorities believe it was conducting research Sunday, according to a Japanese media report.

The Japanese government lodged a protest with Beijing through diplomatic channels the same day, the Yomiuri newspaper reported Monday.

A Japanese patrol boat from Naha, Okinawa, found the Chinese vessel, the Marine Geology No. 12, at 9:35 a.m. 102 nautical miles south of Hateruma Island and inside Japan’s 200-mile exclusive economic zone, the newspaper reported. The coast guard regarded the research activity as unauthorized, according to the report.

Hateruma, the southernmost inhabited island of Japan, is part of Okinawa prefecture.

The newspaper reported the Chinese vessel had a wire-like object extending into the sea, which led the coast guard to believe it was conducting research.

Around noon, the Chinese vessel complied with an order from the patrol boat to cease its activities and move along, according to the Yomiuri report.

It was the first foray by a Chinese marine research ship into the area since July 2019, the report said.

Officials from Japan’s Ministry of Foreign Affairs and Coast Guard could not be reached for comment by phone Tuesday due to the Golden Week holiday in Japan.

The Senkaku Islands, five sparse, uninhabited islets controlled by Japan but claimed by China and Taiwan, are 222 nautical miles north of the scene Sunday in the East China Sea. The Senkakus are often a setting for demonstrations by Chinese vessels.