Japan outlaws flying drone aircraft while under the influence of alcohol 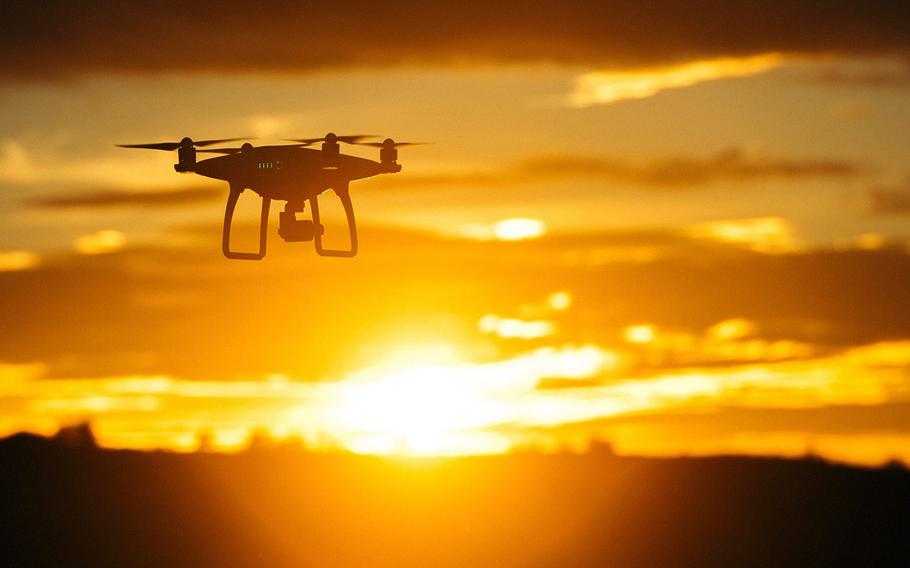 A revision to Japan's Civil Aeronautics Law will make it illegal by the end of September 2019 to fly a drone while under the influence of alcohol. (Courtesy of Pixabay)

YOKOTA AIR BASE, Japan — It will soon be illegal to fly drones while under the influence of alcohol in Japan, something that was already prohibited on U.S. military facilities, according to American and Japanese officials.

The ban will come into force by the end of September as part of a June 19 revision to Japan’s Civil Aeronautics Law, officials from the Ministry of Land, Infrastructure, Transport and Tourism said last week.

However, Federal Aviation Administration rules that ban drinking and droning apply to flights over the bases, said Kaori Matsukasa, a spokeswoman for Yokota’s 374th Airlift Wing.

Japan’s new rules don’t set a blood alcohol limit for drone operators but state that those flying them improperly when intoxicated face up to a year in prison with hard labor or a fine of up to about $2,800.

The revision also bans dangerous operation of drones such as plunging aircraft above crowds and making loud noises. It requires that operators prevent drones crashing into other aircraft and that they perform safety checks before flying them; and it establishes an accident investigation process.

In May, Japan enacted a law that banned remotely piloted aircraft from flying over or within 300 meters — just under 1,000 feet — of U.S. or Japanese military bases.

Unauthorized drones had buzzed American military facilities in Japan 70 times in 2018, a spokesman for U.S. Force Japan said in March.

“The unauthorized flight of small, unmanned aircraft systems over military bases and airfields in Japan poses a considerable risk to the safety and security of the people who live and work on those installations, as well as the local communities around these installations,” Air Force Col. John Hutcheson said at the time.