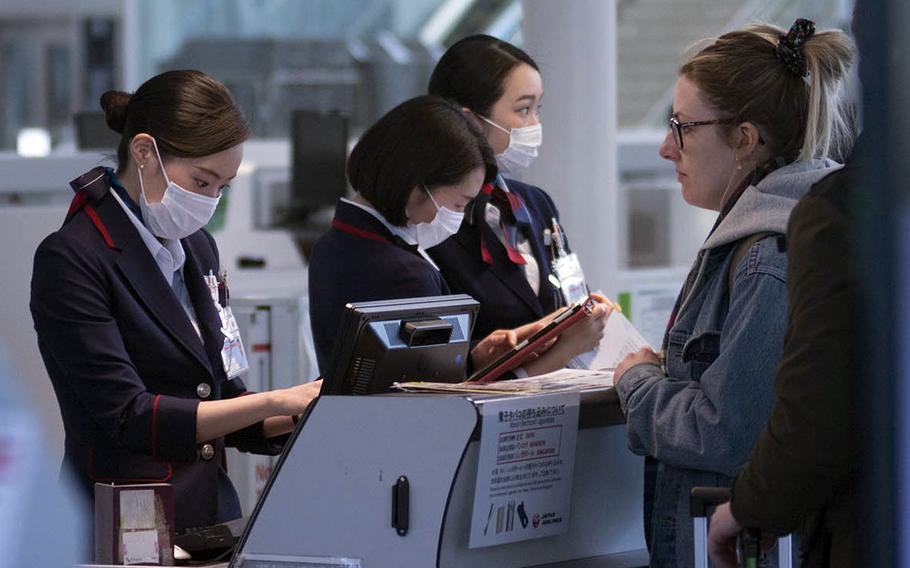 TOKYO — The government of Japan will ban nonresident foreigners from entering the country starting Monday to reduce the risk of a new, potentially more transmissible form of the coronavirus from expanding its presence, according to media reports. The ban will last through the end of January.

Reuters News Agency reported Saturday that, starting Monday, Japanese citizens and foreign residents may enter the country, but must show proof of a negative coronavirus test within 72 hours of departing for Japan and must quarantine for two weeks after arrival. Reuters cited a government statement issued that same day.

The orders follow news accounts of two more people with the variant hospitalized in Tokyo, bringing the number of known cases to seven.

The Japan Times on Saturday reported one of the two infected individuals is a man in his 30s who returned to Japan from Britain, where the variant surfaced, on Dec. 16. The other is a woman in her 20s, a member of the man’s family, who has not visited the U.K., according to the Times.

The government on Friday at first confirmed that five people — four men and one woman — were infected with the new coronavirus variant following travel from Britain, according to the newspaper.

U.S. military personnel have been allowed to travel in and out of Japan under the status of forces agreement between the two countries, even though Japan had frozen nearly all inbound travel earlier in the pandemic. A spokesman for U.S. Forces Japan could not be reached Sunday morning for further comment.

In October, Japan re-opened its borders to foreigners with medium- to long-term residency status, according to public broadcaster NHK.

Meanwhile, the virus has continued to surge in Japan, and especially in Tokyo. The Tokyo Metropolitan Government reported on Saturday its highest ever one-day total of new coronavirus cases, 949, according to a government website. The fall viral surge has repeatedly set new daily records in Tokyo.

Japan on Friday reached a new daily high of 3,841 cases, according to the World Health Organization. During the pandemic, 3,155 have died of coronavirus complications in Japan, 607 in Tokyo, according to WHO and metro government data.