I Corps commander on Pacific strategy: 'Army is not trying to be Marine Corps' 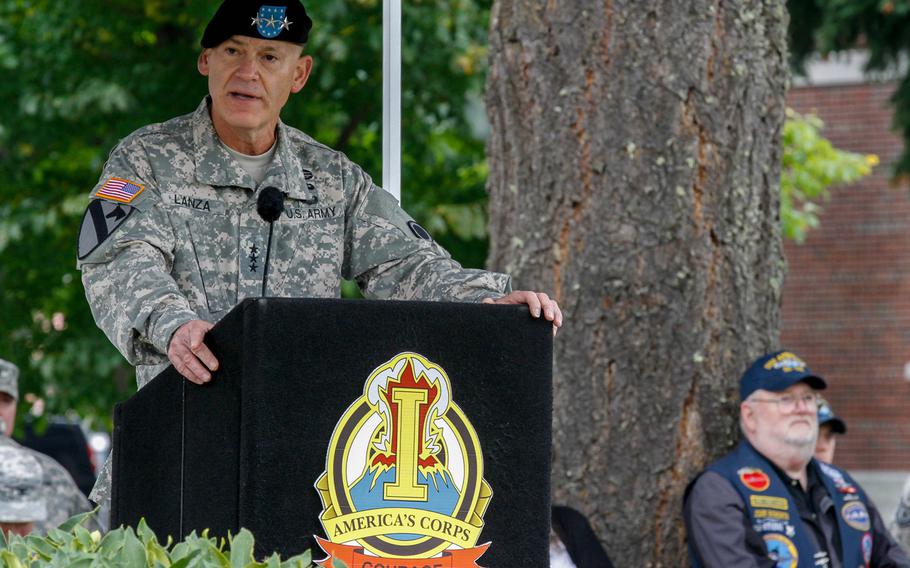 The Pacific rebalance requires all the military services and their capabilities, and the Army has increased its presence in the Pacific “exponentially” in the past year, the commander of I Corps told reporters Friday.

Lt. Gen. Stephen Lanza, commander of the Joint Base Lewis-McChord-based I Corps, said the unit is spread throughout the Pacific and is “truly part of the rebalance” and the whole-of-government strategy.

“The Army is not trying to be the Marine Corps,” Lanza said during a media roundtable in Washington, D.C., in response to questions about the similarity of the “Pacific Pathways” deployment program to Marine Corps deployments and operations.

“When you have a holistic strategy in the Pacific, you need all enabling capabilities. And, really, you have to come at rebalance from a joint perspective.”

The demands in the Pacific exceed any one service’s abilities, Lanza said, and the Army can bring unique capabilities to the region, including engineer brigades, civil affairs, medical brigades and aviation.

For example, he said, when a super typhoon hit the Philippines in 2013, the Marines responded immediately, and the Army came in later for sustainment and logistics support.

“That’s the kind of relationship we have,” he said. “It’s really not a contentious issue. It’s that we’re not going to fight as a single service anymore.”

Other demands in the region include air and missile defense and cyber security threats, he said.

And as resources and funding dwindle, Lanza said, there will be an even greater need for services to work together.

So far, I Corps has been given the resources it needs and is “truly executing our portion of the rebalance,” Lanza said, focusing on stabilization, security and relationship building.

Those relationships are critical, he said, not just to build trust between the individuals and services but also between countries.

But the services will need continued support to sustain the presence and interoperability, he said.