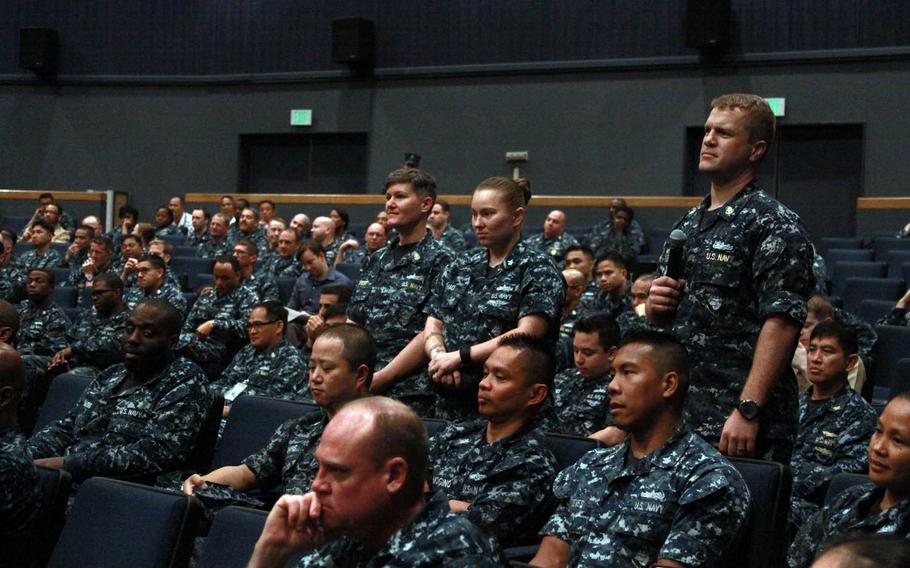 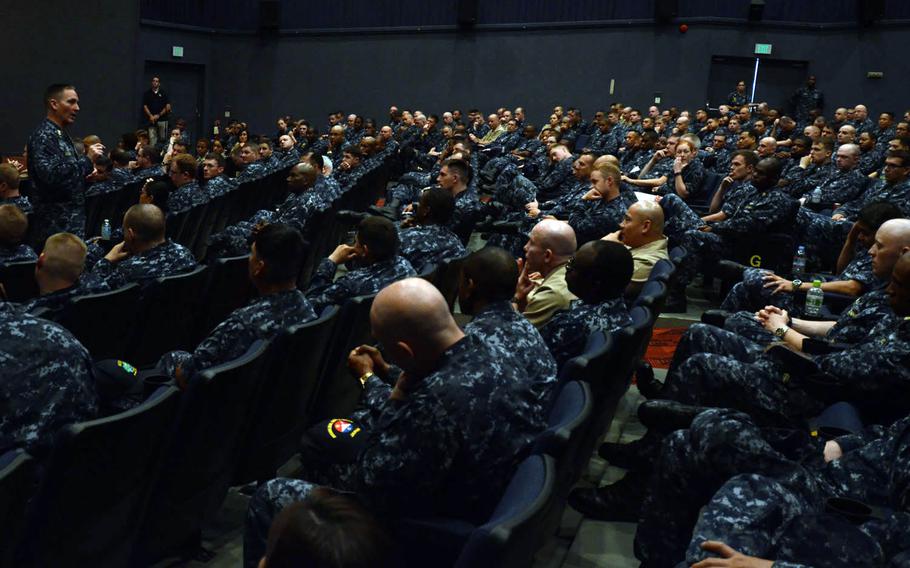 YOKOSUKA NAVAL BASE, Japan — Lawmakers should reconsider a Senate defense bill provision that would end housing allowances for one member of a dual-military marriage after Oct. 1, the Navy’s top enlisted sailor said Monday.

Ending the current system, which provides separate housing funds to active-duty spouses living in the same home, could be “devastating to military families” if implemented too quickly, Master Chief Petty Officer of the Navy Michael Stevens told servicemembers at a Yokosuka Naval Base all-hands meeting.

“I understand the basic reasoning behind [the provision]; however, a financial change of this magnitude should be given the appropriate level of thought and discussion by senior military leaders and lawmakers,” Stevens said in a memo to Senate Armed Services Committee staff, which he read to sailors Monday.

Although the basic allowance for housing, or BAH, is intended to cover housing costs, its rise since 2001 has turned it into more of a general income benefit for some servicemembers.

Some live in significantly cheaper quarters to save the remaining allowance. Others, such as dual-military couples, use the money for a significantly better home than they could normally afford.

“My concern is that if this comes into play in October … it doesn’t provide them an opportunity to make life adjustments,” Stevens told Stars and Stripes after the meeting. “What I’d hate to see is this place an untimely financial hardship on servicemembers. That could create additional impacts that we’d have to help them sort through in the future.”

An E-6 and E-5 couple with a child, living off base in the Naval Base San Diego area, currently gains $4,362 per month in housing allowance. Under the Senate bill, the couple would receive $2,436 per month, a loss of $23,112 in annual income.

The average rent for homes of all sizes in San Diego is $2,045, according to Zillow.com – meaning that military families in three-bedroom or more homes are likely to begin some out-of-pocket spending to cover housing costs.

About 11.5 percent of all marriages in the armed forces were dual-military as of September 2013, according to the Pentagon’s most recent demographics report. That figure is expected to have already risen, due to recognition of same-sex marriages by the Pentagon and by the majority of U.S. states.

Among married active-duty women, 46 percent of their marriages were to other servicemembers, according to the 2013 report.

“On this trip, I had three people, all women sailors, come up to me and say it would be ‘a significant contributor’ whether or not they stayed in ...,” Stevens said. “Is that the consensus across the fleet? I don’t know.”

Neither the Defense Department nor the White House support the Senate provision. The Pentagon does support gradually moving BAH to a 5 percent out-of-pocket cost for military families. The stance comes as BAH payouts have risen sharply since 2001 and Pentagon officials search for ways to rein in growing personnel costs.