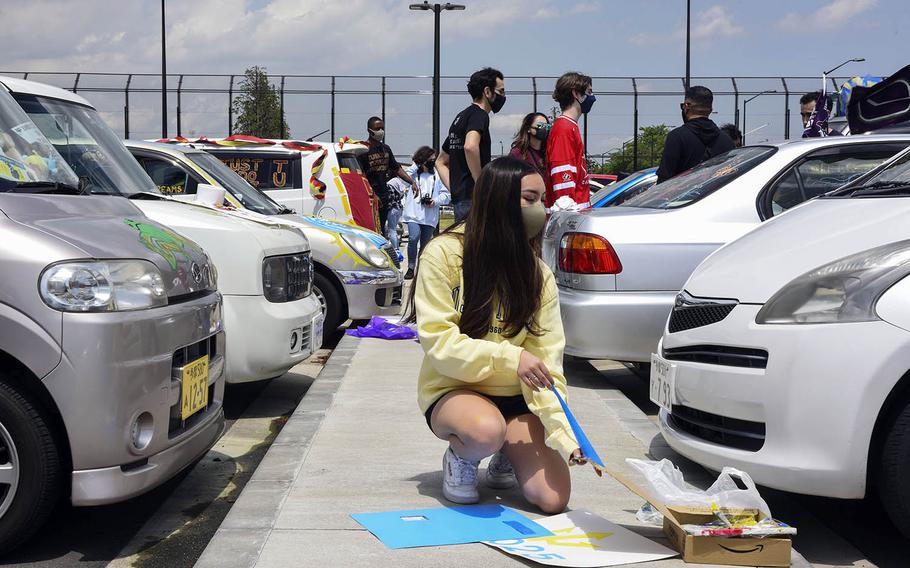 Buy Photo
High school seniors decorate their cars to show off their post-graduation plans during a Decision Day parade at Yokota Air Base, Japan, Friday, April 30, 2021. (Theron Godbold/Stars and Stripes)

Buy Photo
High school seniors decorate their cars to show off their post-graduation plans during a Decision Day parade at Yokota Air Base, Japan, Friday, April 30, 2021. (Theron Godbold/Stars and Stripes) 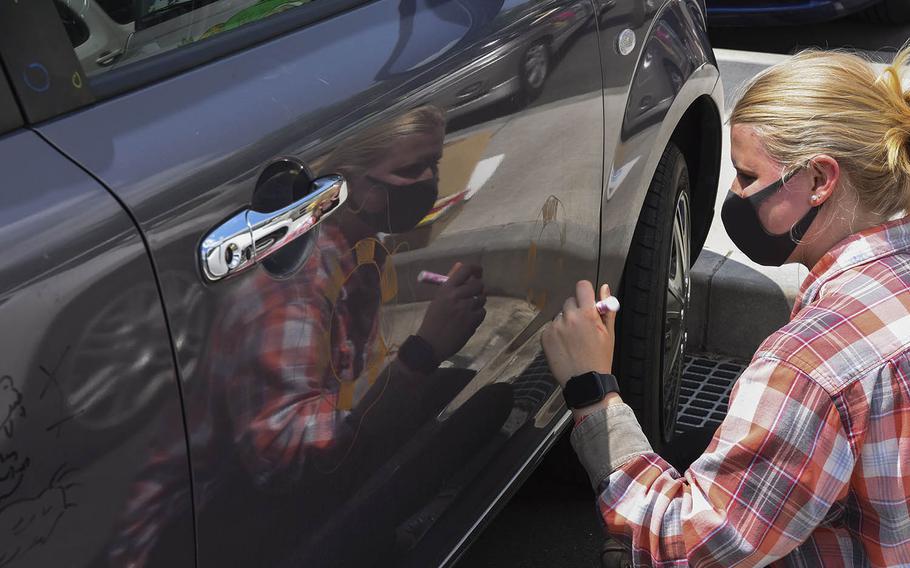 YOKOTA AIR BASE, Japan – About 60 high school seniors paraded across this U.S. air base in western Tokyo on Friday in cars decorated with flags, banners and signs trumpeting their post-graduation plans.

Established as the day seniors chose the college they would attend, Decision Day has grown into an opportunity to celebrate life choices beyond college, be they technical school, the world of work or joining the military.

Hannah Williams, who said she’ll depart for Coast Guard recruit training in New Jersey four days after Yokota’s graduation, was excited to be participating in the parade. She said she wanted students coming after her to take advantage of being with friends and to push for good grades because “it will help in the future.”

At the high school, students wore masks while decorating their cars, then lined them up in a bus lane for a brief on parade safety from a security airman.

Led by a base police car, the parade wound its way from the high school, past the middle school and over the runway’s south overrun to the east side and a route through base housing. The half-hour parade ended at the Joan K. Mendel Elementary School.

Rene Kelley, a counselor at Yokota High School, was the driving force that set up this year’s parade on base.

“An event like this is very important, especially with the pandemic,” Kelley said. “Students have been isolated, it gives them a chance to come together, celebrate each other and have that connection we all need.”