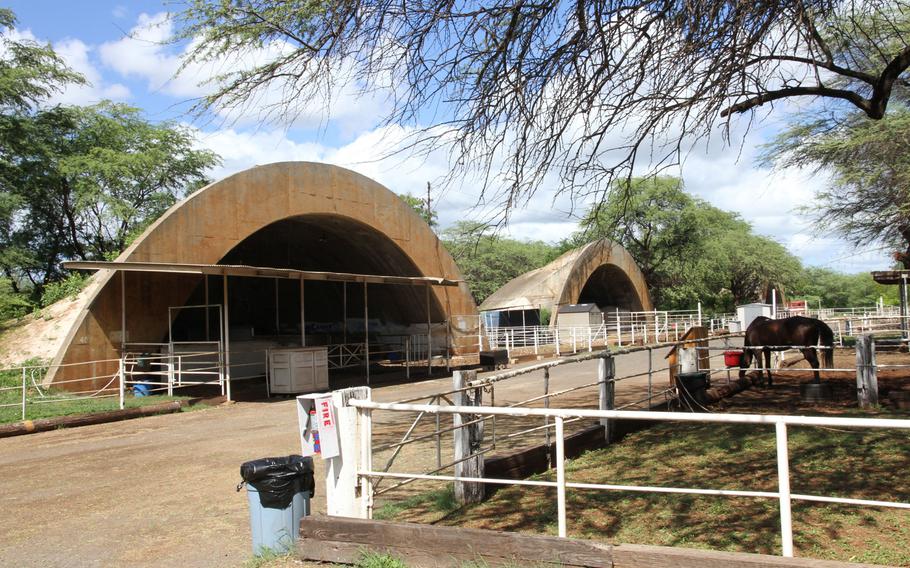 Buy Photo
Two of about 70 concrete revetments built on Ewa Field after the Pearl Harbor attack. Constructed to protect aircraft from a subsquent attack, the half-shells are now used primarily as horse stables. (Wyatt Olson/Stars and Stripes)

Buy Photo
Two of about 70 concrete revetments built on Ewa Field after the Pearl Harbor attack. Constructed to protect aircraft from a subsquent attack, the half-shells are now used primarily as horse stables. (Wyatt Olson/Stars and Stripes) 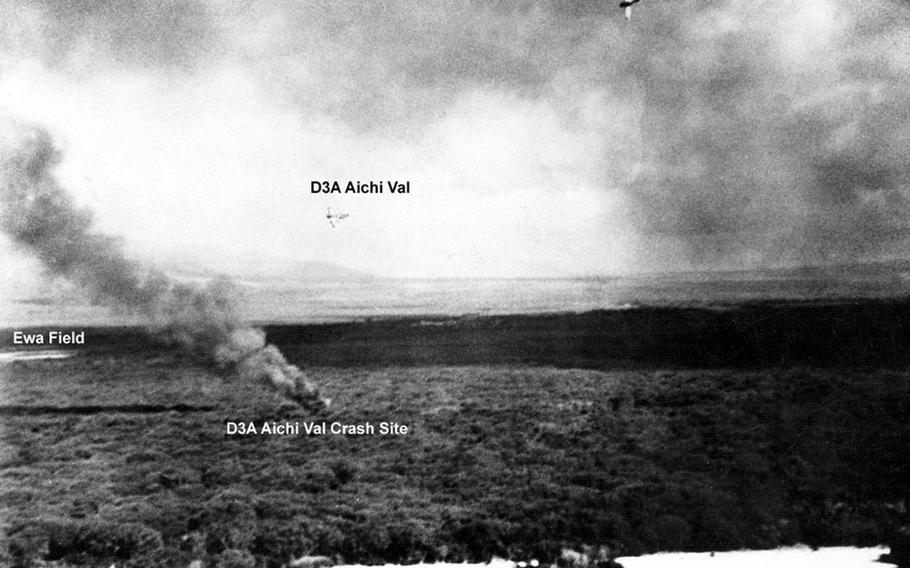 The area around Ewa Field was a busy battlefield on the morning of Dec. 7, 1941. While aboard a B17 that morning, Army photographer Lee Embree snapped this photo of the crash site of a Japanese dive bomber as two more of them circle above it. (Courtesy of U.S. National Archive) 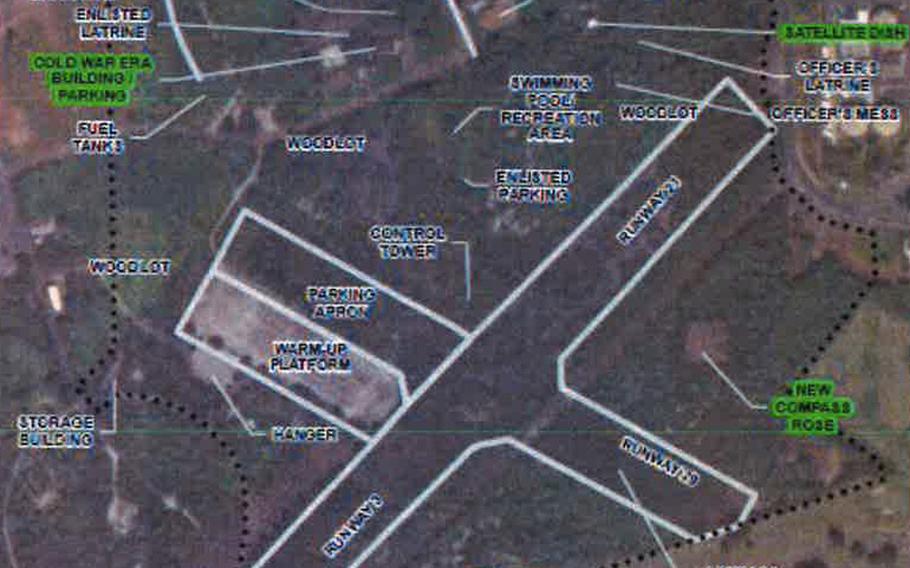 FORT SHAFTER, Hawaii — The National Park Service has given the green light for a historic, but largely overlooked, military air field on Oahu to become a protected National American Battlefield.

The Keeper of the National Register issued a formal determination in February that Ewa Field, also known as Ewa Mooring Mast Field, is eligible for nomination to the National Register of Historic Places. The Navy, which owns the roughly 1,000-square-yard parcel of land, submitted the request for eligibility consideration in September.

Ewa Field has changed little since the Dec. 7, 1941, attack by the Imperial Japanese naval air forces, which heavily strafed the air field. Some of the concrete still bears bullet marks.

The Park Service’s notice of determination of eligibility, however, concluded that the Navy had been too conservative with its “narrow focus” on still-existing battlefield features, such as the 1941 runways, a warm-up platform and the foundation of a hangar.

“Considering only those resources evidencing direct associations (strafing marks, destruction of ground aircraft, defensive positions) with the battle, rather than the broader extent of the historic 1941 installation overlooks the equally justifiable significance of outlying support areas where the ‘battlefield action’ may have involved people fleeing from aerial bombs and bullet fire and taking shelter wherever possible,” the Park Service notification stated.

“The chaos and confusion of an unprovoked attack seems to call for an expanded definition of the involved ‘battlefield.’ We believe that the Ewa Mooring Mast Field is only one eligible component of a potential larger battlefield district whose boundaries and contributing resources have yet to be fully defined.”

Denise Emsley, a spokeswoman for Naval Facilities Engineering Command Hawaii, said in a written statement to Stars and Stripes that the Navy acknowledges it “is required to treat the newly defined boundary as eligible.”

The term “Pearl Harbor attack” is misleading because the assault was actually all over the island of Oahu, said Daniel A. Martinez, chief historian with the National Park Service at the World War II Valor in the Pacific National Monument. For a long time, the Ewa Field attack had been neglected, and designating it as a national historic landmark would finally cement its importance and history, he said.

Four Marines were killed in the area that morning.

Ewa Field had been established to defend against an attack on Pearl Harbor, a Navy stronghold about 17 miles to the west. The Marine Corps base was still under construction in late 1941, with many of the 800 Marines there still living in tents.

Three “waves” of attack planes passed over en route to other targets. The first planes began strafing the almost 50 U.S. aircraft parked there, destroying most of them.

During World War II, the field expanded into the larger Marine Corps Air Station Ewa and was used to train fighter pilots.

The base closed in 1952, and the property was annexed into the nearby Naval Air Station Barbers Point.

The push to preserve Ewa Field has been spearheaded by local resident and historian John Bond, who founded the organization Save Ewa Field to generate public support.

The eligibility determination impedes any further development on the site, Bond said.

“The nomination will be the final icing on the cake,” he said. “The advantage of that is we can get the National Park Service more involved in it officially because then it’s an actual nominated battlefield and would have, we would hope, official recognition by the Park Service to become part of World War II Valor in the Pacific.”

Martinez said the site could potentially be melded into the mix of sites in Hawaii, California and Alaska that comprise the WWII Valor Memorial, but that’s “down the road.”

“There now needs to be some time to consider what that future will be,” Martinez said.