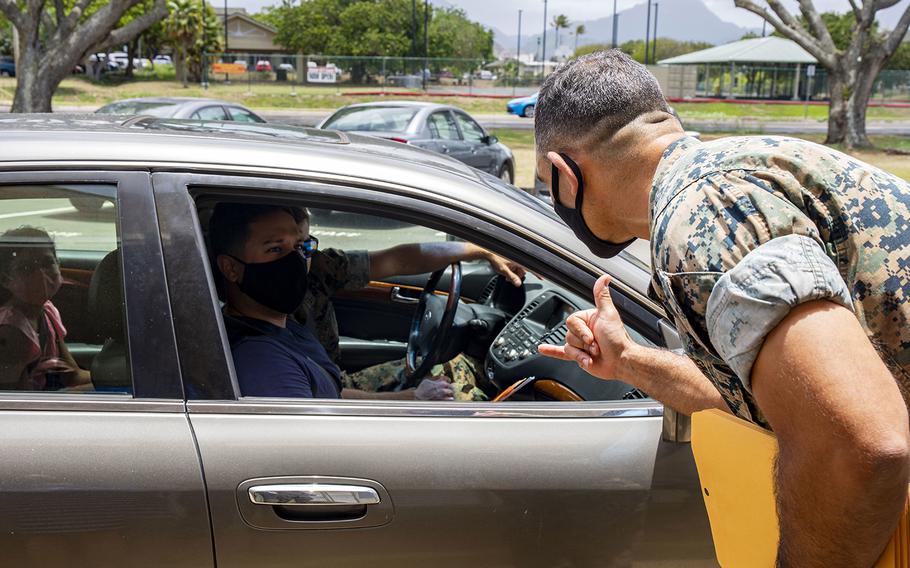 FORT SHAFTER, Hawaii — The Marine Corps has closed a Subway shop and a fitness center on separate Hawaii installations after two people became infected with the coronavirus.

An employee at the Subway near the main gate at Marine Corps Base Hawaii tested positive for the virus on Thursday, the Marine Corps said in a Facebook post. The employee had last worked on July 27.

“Out of an abundance of caution, the Subway will remain closed until further guidance from the MCBH Public Health Emergency Officer,” the post said. “All appropriate measures are being taken, to include deep cleaning of the facility.”

Then, on Friday, a patron of the fitness center at Camp Smith tested positive. The person had last visited the gym on Thursday for a one-hour workout.

The Camp Smith Semper Fit Center reopened Monday after the public health emergency officer approved the “deep sanitation” that was conducted, according to Capt. Eric Abrams, a spokesperson for Marine Corps Base Hawaii.

Camp Smith, on the outskirts of Honolulu, is the headquarters for U.S. Indo-Pacific Command, Marine Forces Pacific and Special Operations Command Pacific.

The Subway worker was not a “customer-facing employee,” said Abrams, who declined to provide further details on the infected individuals.

The Pentagon has ordered military installations to stop publicly reporting coronavirus tallies, a directive that bases on Hawaii have largely followed.

“Right now, we are not releasing cases as a whole from the base,” Abrams said. “The reason why we released it here is because it’s a customer-facing facility. We were shutting that down, and we wanted to be open and transparent with any customers that may have been in there – and just the base as a whole.”

The number of new cases reported each day in Hawaii spiked dramatically through July, from single digits to an all-time high of 207 new cases on Monday. The state has had 2,448 cases and 26 deaths, according to the Hawaii Department of Health.