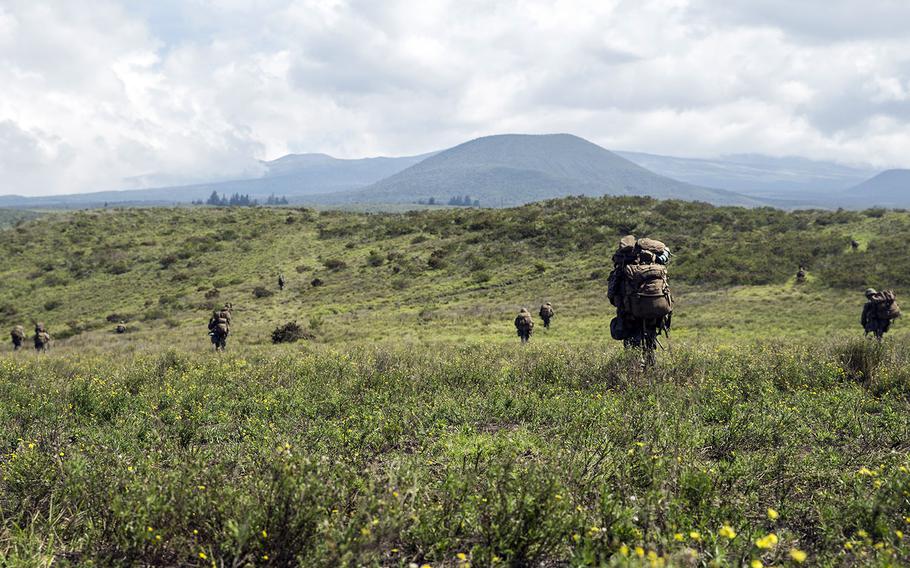 FORT SHAFTER, Hawaii — A Hawaii judge has ordered state officials to submit a plan within eight months for monitoring and inspecting ordnance cleanup at the Army’s Pohakuloa Training Area on Hawaii Island.

The plaintiffs in the case said the Army had breached its lease obligations by not cleaning up unexploded ordnance at PTA.

The 100,000-acre training area is one of the few the military has available for land-based live-fire drills in the Pacific. The military leases about 23,000 acres of state land as part of the training area. That lease, which began in 1964 for a total price of $1, expires in 2029.

The local activist group Malu ‘Aina is urging the state to not renew the lease for that 23,000 acres.

Hawaii has numerous sites contaminated with ordnance dating to World War II and the Cold War.

The Army began a $3.5 million project Monday to search for unexploded ordnance off Makua Beach in northwest Oahu. Meanwhile, the Army Corps of Engineers says it will cost $723 million to clean up a former Navy artillery range in northwest Hawaii Island.

The 1964 lease required the federal government to “make every reasonable effort to … remove or deactivate all live or blank ammunition upon completion of a training exercise or prior to entry by the said public, whichever is sooner.”

A trial in the case concluded in October 2015, and Judge Gary Chang issued the long-awaited decision Tuesday.

He based his decision in part on the broadly understood native Hawaiian concept of “malama ‘aina,” meaning the act of caring for land.

The Department of Land and Natural Resources issued a statement Tuesday saying that as “the landlord of this land,” the agency will work with the tenant, the Army, to “develop a formal inspection, monitoring and reporting process.”

However, the Hawaii Department of the Attorney General is reviewing the court order to determine whether to appeal it, the statement said.

A plan must be submitted to the court by Dec. 28. The submission must include a written stewardship plan and procedures for dealing with violations.

Chang’s decision also bars the state from renewing or altering the lease to the military “without first determining (in writing) that the terms of the existing lease have been satisfactorily fulfilled.”

A PTA spokesman referred all questions to Army Garrison-Hawaii at Schofield Barracks on Oahu, which declined to comment.