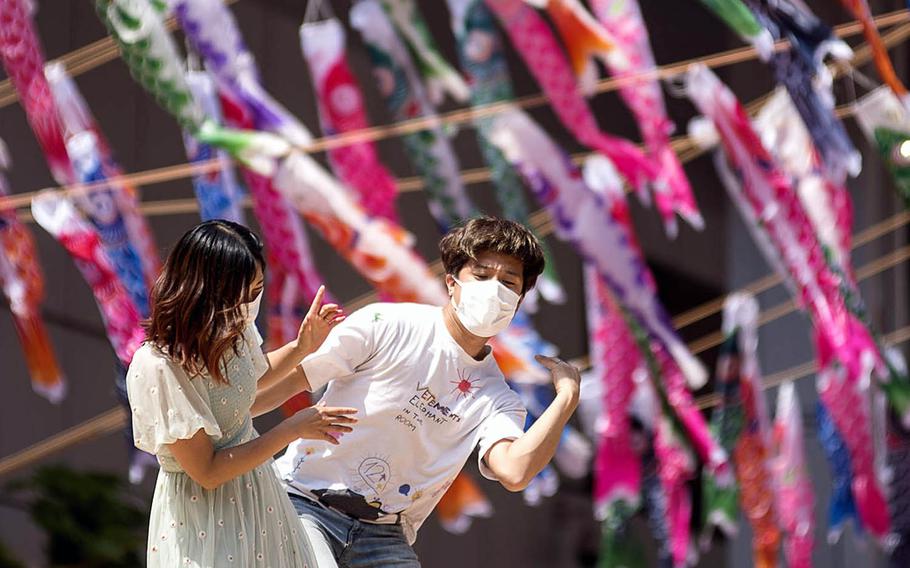 TOKYO – Another seven people within the U.S. military in Japan had contracted the coronavirus by 6 p.m. Tuesday, according to reports from military installations.

The governor of Osaka prefecture, Hirofumi Yoshimura, asked the national government Tuesday for further emergency measures to curb the virus’ spread, according to public broadcaster NHK. Osaka and neighboring Hyogo prefecture were already in a “quasi-emergency,” but Yoshimura wants to close restaurants, amusement parks, department stores and other sites that attract large numbers of people or are shown to facilitate the spread.

Osaka, where the nation’s second-largest city is located, is in its worst phase of the pandemic so far, with over 1,000 people coming up positive for COVID-19 seven of the past eight days. On Tuesday, the prefecture reported another 1,153 people had contracted the disease and eight had died, according to NHK.

Travel to Osaka prefecture by civilian employees, family members and uniformed personnel with the U.S. military is prohibited by commanders at many U.S. bases and restricted by others.

Tokyo, where every day the number of new coronavirus patients creeps higher than the same day the preceding week, reported another 711 people had come up positive Tuesday, NHK reported.

In western Tokyo, Yokota Air Base announced in a Facebook post that three people had tested positive for COVID-19 between Saturday and Tuesday. Two were already quarantined after recently arriving from Japan. The third was identified by base public health authorities, according to Yokota.

Yokota has reported six coronavirus cases so far this month.

To the south, Sasebo Naval Base on Kyushu island had one person test positive for COVID-19 on Tuesday after falling ill with symptoms of the disease, according to a base Facebook post. Sasebo is monitoring four patients.

On Okinawa, the Marine Corps had two people test positive Tuesday for COVID-19, one at Marine Corps Air Station Futenma and the other at Camp Hansen, according to a Facebook post by Marine Corps Installations Pacific.

Kadena Air Base reported via Facebook on Monday evening that a base commissary employee tested positive for COVID-19 after falling ill. The base coordinated its contact tracing with Okinawa prefecture.

On the vaccine front, bases in Japan continue to urge their populations to make appointments for shot clinics that dispense the two-shot Moderna vaccine. Distribution of the one-shot Johnson & Johnson vaccine is on hold within the Defense Department while the Food and Drug Administration assess its risk. At least six people in more than 6 million who received the vaccine developed very rare blood clots as a side effect.

U.S. Forces Korea has not posted new information on vaccine opportunities. It announced a plan April 8 to offer the Johnson & Johnson shot to all eligible beneficiaries but called a halt once the DOD announced the pause.