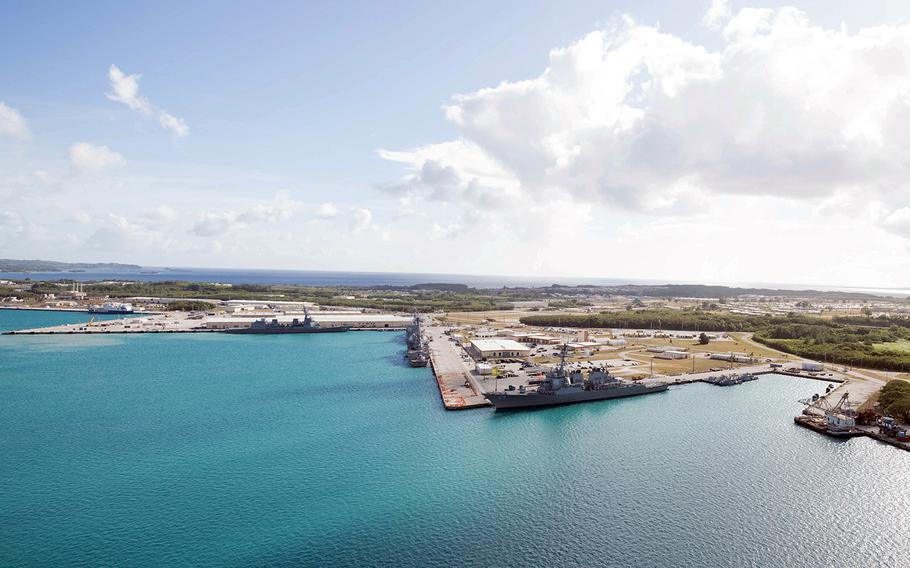 Coronavirus continues to spread on Guam with another 14 infections reported Wednesday.

The Guam governor’s office confirmed the new patients in a statement listing 65 active cases on the island.

Of the 14 newly confirmed cases, two had recently traveled to the continental United States, the statement said. “One case was identified in a quarantine facility. The remaining cases are currently under investigation.”

One of the positives was confirmed by the laboratory at U.S. Naval Hospital Guam, according to a chart with the statement, but it is unknown if that patient is a service member.

Guam has had 381 confirmed coronavirus cases and eight probable ones, with five deaths and 319 people released from isolation. The cases included 49 service members, according to Wednesday’s statement.

The aircraft carrier USS Theodore Roosevelt diverted to Guam on March 26 and spent two months there after several of its sailors became ill with the virus. By the time the vessel left in early June, more than 1,150 of the crew had tested positive, one of whom died, according to the Navy.