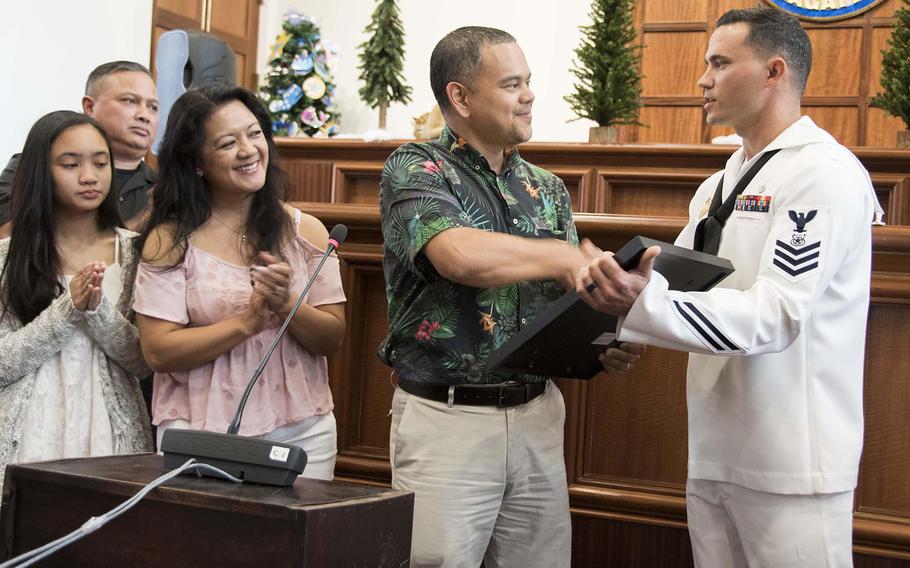 Petty Officer 1st Class Anthony Mugavero can look back on December as the month he chased down a purse thief and was honored for “helping the community” of Guam.

Mugavero, assigned to U.S. Naval Base Guam Harbor Security, was recognized by the Guam legislature on Friday for his pursuit of a Christmastime thief at a local mall on Dec. 23.

"There aren't too many times in your life you get to meet a hero. … What Mr. Mugavero did was something above and beyond,” said Sen. Dennis Rodriguez Jr. during a ceremony at the Guam Congress Building.

Mugavero and his family had been walking in the mall parking garage when a local woman shouted that her purse had been stolen.

"I just heard someone yelling, 'He took my purse,' and immediately ran after the guy, jumped over the wall and tackled him," said Mugavero, according to a Navy press release.

The suspect fled the scene, but Mugavero was able to retrieve and return the woman’s purse.