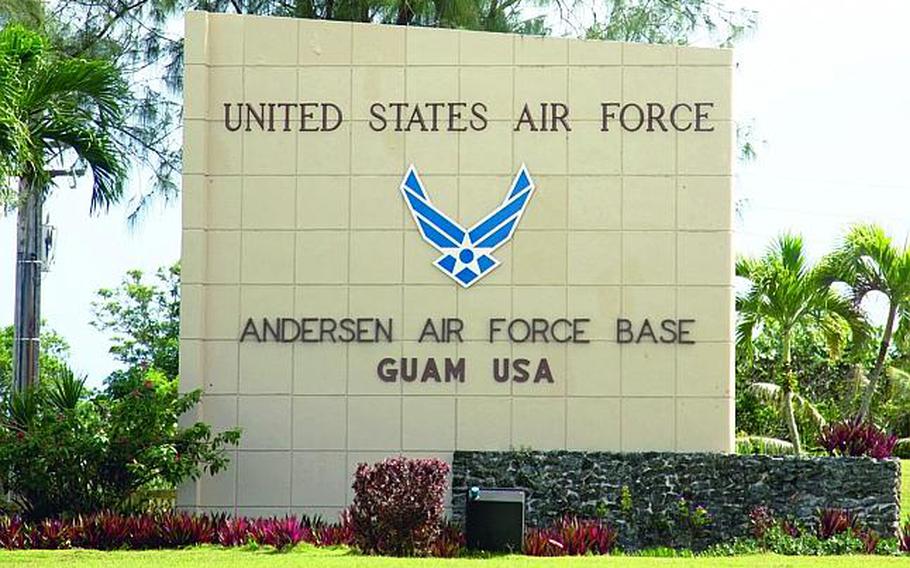 Buy Photo
Andersen Air Force Base is home to the 36th Wing on the U.S. territory of Guam in the western Pacific. (Stars and Stripes)

An airman assigned to Andersen Air Force Base on Guam has been acquitted of aggravated sexual assault and will be allowed to resume his military career.

Tech. Sgt. Jacory Royster of the 36th Security Forces Squadron was found not guilty Friday of the most serious charge against him after a four-day court-martial, according to a trial report provided to Stars and Stripes.

Prosecutors alleged that Royster in July had touched a woman’s back, buttocks and leg without her consent.

However, Royster was found guilty of using indecent language and telling several servicemembers they could consume alcohol, as long as they did so out of his sight, a violation of Article 134 of the Uniform Code of Military Justice, the report said.

Royster will be reprimanded for his conduct and forced to forfeit $4,800.