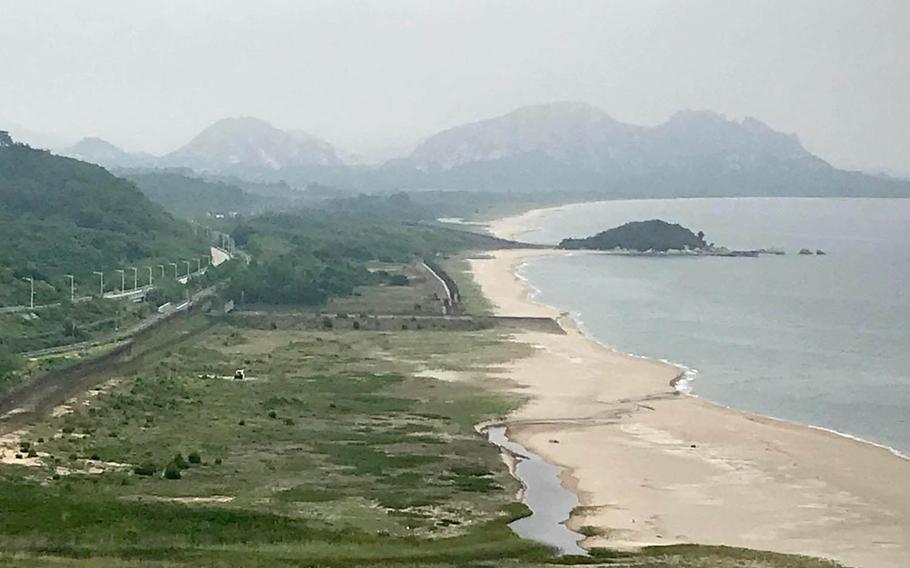 Buy Photo
A North Korean defector managed to get through a seaside drain and into South Korea on Feb. 16, 2021. (Robert H. Reid/Stars and Stripes)

A South Korean major general has been relieved of his command after his troops failed to quickly apprehend a North Korean defector who crawled into the country last month through a seaside drainage pipe, the defense ministry said Thursday.

Several times, surveillance cameras spotted the intruder, who swam across the border in chilly East Sea waters wearing a dive suit. But guard troops of the 22nd Infantry Division failed to notice, according to earlier accounts from the Ministry of National Defense.

Troops took the man into custody at 7:20 a.m. Feb. 16, six hours after he entered the country and three hours after guards finally spotted him on camera at 4:16 a.m. He was captured inside the civilian control line, a six-mile-wide swathe south of the Demilitarized Zone that the military keeps secure.

The division commander, Maj. Gen. Pyo Chang-soo, was relieved and referred to a disciplinary committee of the defense ministry, according to a text message Thursday from a ministry spokesman. The major general’s superior, Eighth Army Corps commander Lt. Gen. Kang Chang-koo, was also issued a “stark warning” in writing from the army’s chief of staff.

Government spokespeople in South Korea typically speak to the media on condition of anonymity.

The incident occurred on South Korea’s eastern coast in the northeastern Gangwon province close to the Goseong Unification Observatory near the DMZ. Another defector crossed there in early November.

A Joint Chiefs of Staff review of the February incident found shortcomings in the division’s knowledge of the area, including the existence of the drainage pipe underneath an iron fence. It also faulted the guard unit as lax in its duties.