Futenma relocation to be further delayed due to endangered coral 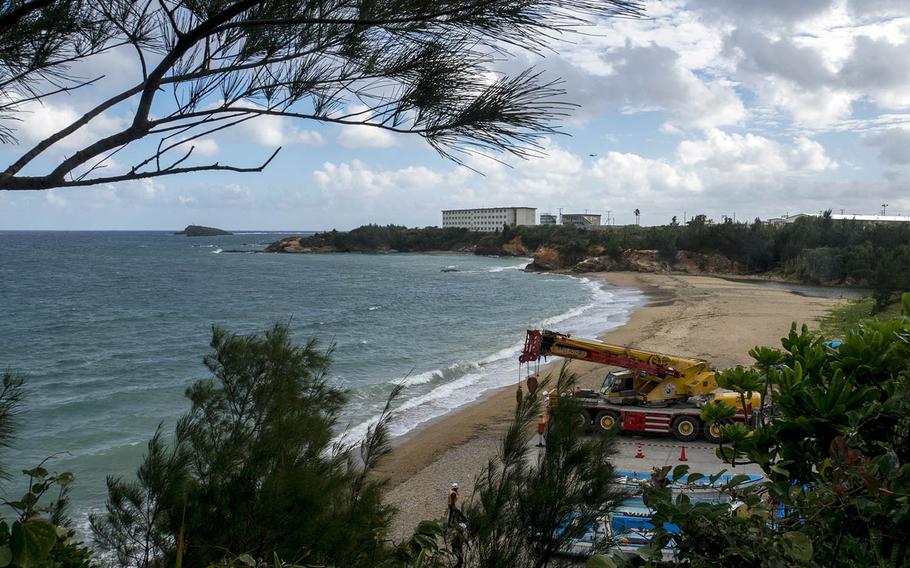 CAMP FOSTER, Okinawa — The start of landfill work for a new runway into Oura Bay at Camp Schwab will be delayed until Aug. 17 because of concerns about endangered species found at the site.

The announcement regarding the cornerstone of Marine Corps Air Station Futenma’s relocation to northern Okinawa was made Tuesday by officials from the Okinawa Defense Bureau, which is an arm of Japan’s Defense Ministry.

An endangered type of coral — Porites okinawensis — was discovered at the site last July. It faces extinction and is on Japan’s Red List of Threatened Species, according to the country’s Ministry of Environment.

The delay will facilitate the use of an alternative, environmentally-friendly construction method to complete a seawall.

“I trust the construction will proceed with consideration to the environment,” new Nago City Mayor Taketoyo Toguchi said, according to the Ryukyu Shimpo newspaper. “It is not our interest to stop the construction.”

The landfill is seen as the last major hurdle in accomplishing the relocation, which will see Futenma eventually shuttered and air operations relocated to Schwab. The landfill work is expected to be completed by March 31, 2020, a defense bureau spokesman said.

The relocation project is decades in the making. Its genesis can be traced to 1995 when two Marines and a sailor kidnapped and brutally raped a 12-year-old local girl. During mass protests that followed, Ginowan residents called for relocation of Futenma’s air operations out of safety concerns.

The air station is in a densely populated urban area in the center of the tiny island prefecture.

The move was agreed upon during bilateral negotiations in 1996; however, some residents were angered a year later when it was decided that the air station would be kept within the southern island prefecture. It was then decided that a runway would be built at Camp Schwab on Okinawa’s remote northern coast and that the base would be expanded to facilitate the move.

Former Gov. Hirokazu Nakaima signed off on a permit to allow the landfill work in 2013. Construction began in August 2014.

A couple of months later, anti-base Gov. Takeshi Onaga was elected on a platform that vowed to block the relocation and banish MV-22 Ospreys from the island. Onaga has caused significant delays through two court challenges — the most recent ending in March — but has so far been unsuccessful in stopping the relocation.

Despite the setbacks, and with the project’s point of no return looming, Onaga remained defiant on Tuesday.

“I most certainly will cancel the project,” he said at a press conference.

Onaga faces re-election in November. He has been battling pancreatic cancer in recent months, but has vowed to push forward with his opposition to the project.