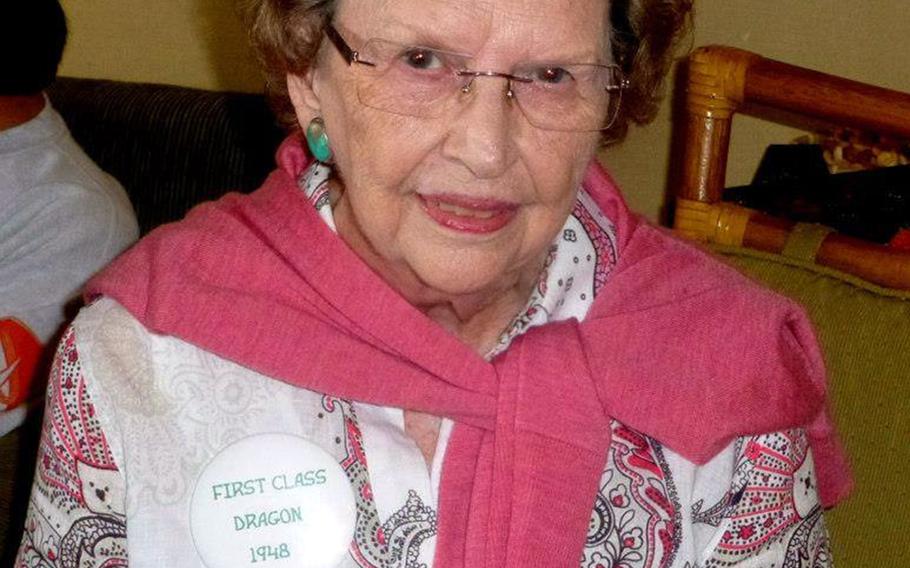 An early graduate of one of the Defense Department’s oldest high schools has died at age 90 after a monthlong battle with the coronavirus.

Marilyn Stockdale Sanders, who died May 27 in Chappell Hill, Texas, was born the daughter of a career military officer in Battle Creek, Mich., April 28, 1930.

When she was 15, the family boarded a troop ship to Okinawa, where she became valedictorian of Okinawa University School, a Defense Department facility started at Camp Hayward in November 1946.

Sanders helped create and edit the school newspaper, the Typhoon, which is still published today. She graduated in 1948, and her alma mater was later renamed Kubasaki High School with a Dragon as its mascot.

Alumni respectfully referred to her as the “First Dragon” and have honored her at numerous class reunions.