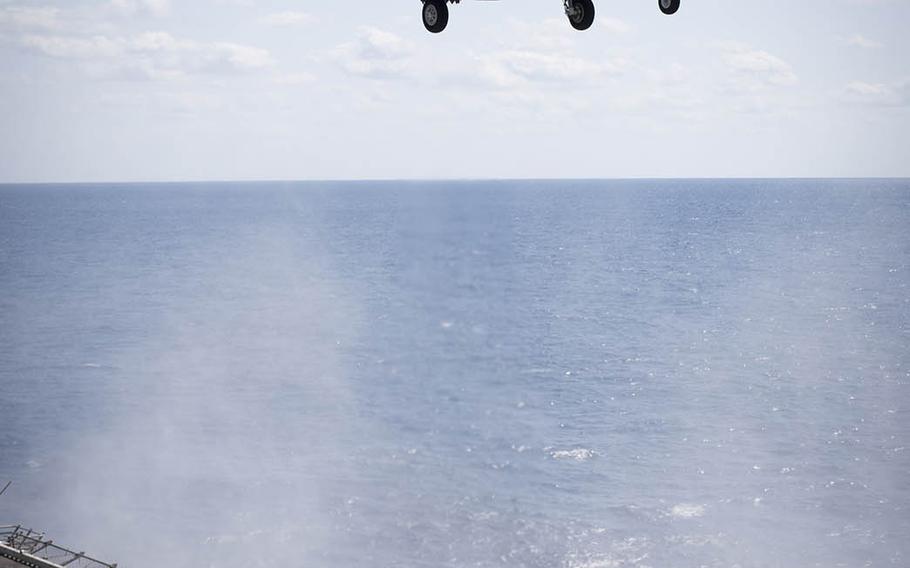 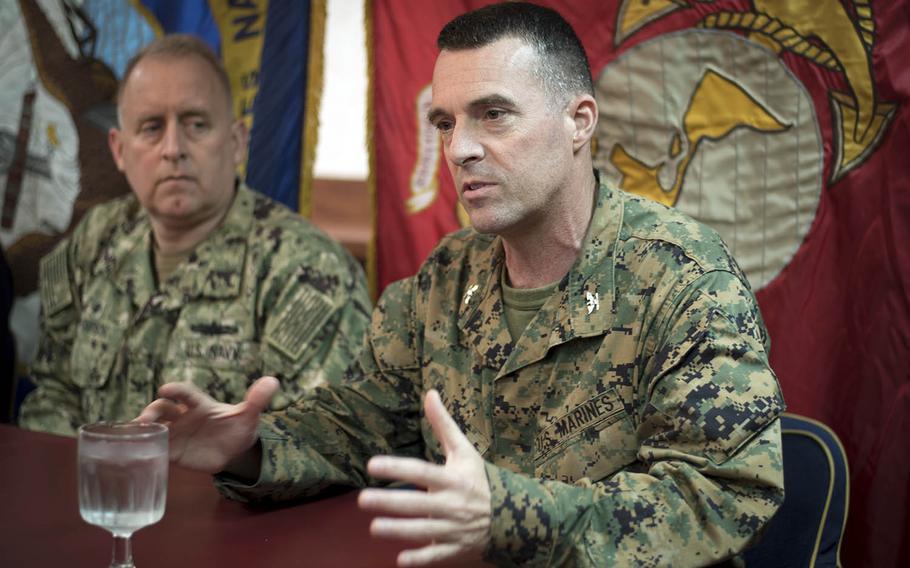 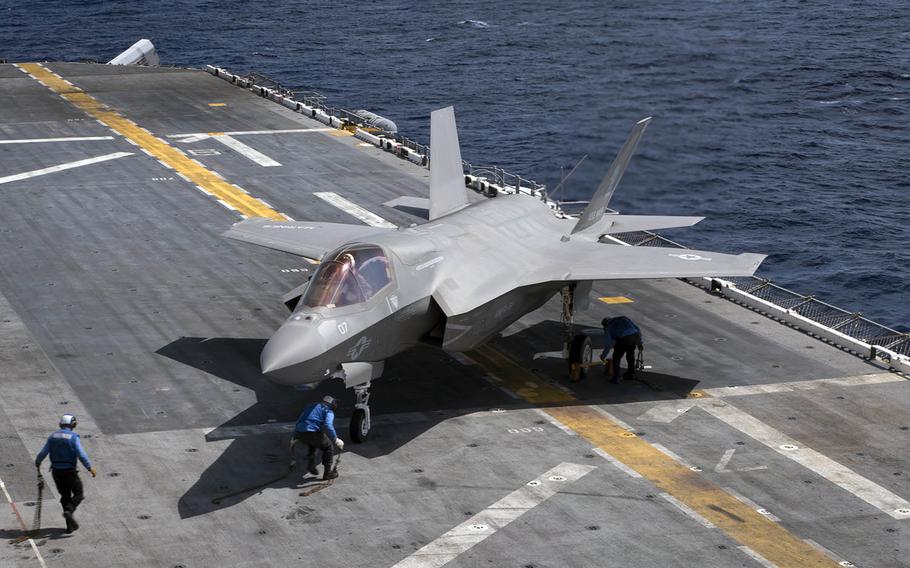 ABOARD THE USS WASP, Philippine Sea — Marines aboard the region’s newest amphibious assault ship are excited about the boost in combat power provided by the nation’s most advanced stealth fighter.

More than 4,000 servicemembers are embarked with the USS Wasp and its strike group during its first patrol since arriving at its new homeport at Sasebo Naval Base earlier this year. The group includes several F-35Bs — the Marine Corps’ most high-tech aircraft that’s capable of short takeoffs and vertical landings.

Members of the 31st Marine Expeditionary Unit on the Wasp are excited about the help they’re getting from the jets, which landed on the 844-foot vessel for the first time earlier this month.

The F-35Bs can provide close air support and reconnaissance to the detachment, which would be first ashore in a beach assault, he said.

“For the rest of the [Marine Expeditionary Unit], especially the landing team, it’s nice to know that we have a fifth-gen fighter at our disposal all the time,” 31st MEU commander Col. Tye Wallace said.

“Anytime a full air-ground team is able to see those jets operate it’s good for us,” he added.

The F-35B gives the Marines more flexibility than the AV-8B II Harrier it replaces. It can go into more dangerous places and help the Navy confront threats at sea, Wallace said.

And an F-35B is a lot easier to fly than a Harrier, said Lt. Col. Richard Rusnok, commander of Marine Fighter Attack Squadron 121, the Marine Corps Air Station Iwakuni-based unit flying the new fighters off the Wasp.

The former Harrier pilot said F-35Bs don’t require as much focus to keep in the air and allow pilots – who conduct close-air-support, electronic war fare and reconnaissance – to devote more attention to managing their role in battle.

Even maintainers who keep the complicated stealth fighter mission-ready say they enjoy their work.

“Working on one of the newest weapons systems is one of the reasons I laterally moved from Harriers to the F-35B, Marine Sgt. Cassidy Cleinmark, a maintenance controller with VMFA-121, told Stars and Stripes in an email. “Over time, the F-35B is expected to replace the older airframes so I wanted to get on the program early to help train the junior Marines that will mold the future of the Marine Corps’ F-35B program.

“When you’re able to measure the F-35B next to other aircraft, you truly get to see how special the F-35B really is,” he added.

While the Marines are happy to have the joint strike fighter at their fingertips, there are a few issues with having it aboard the Wasp.

“The most unique challenge we face is the amount of security required when traveling to different locations,” Cleinmark said.

Moving with the F-35B requires Marines to conduct regular site surveys and mission planning to ensure operational security, he said.

Ensuring young troops working aboard Wasp adhere to the Marine Corps’ Information and Personnel Security Program’s guidelines on social media use is part of the operation security concern, Marine Capt. Billy Hayes, the VMFA-121 intelligence office in charge, told Stars and Stripes in an email.

To combat this, Marines participate in annual training events and they get weekly reminders about security at the small-unit level, he said.

Sailors and Marines are learning every day from the mission, Wallace said.

“Any time you put the aircraft on [the ship] and you add the rest of the [Marine Expeditionary Unit} to include the rest of the aviation combat element and the ground combat element you start to fill up all the space for embarkation, you have to be cognizant of the space limitations, how to move the aircraft around, how to maintain it. It is one of the things we are learning as we go,” he said.