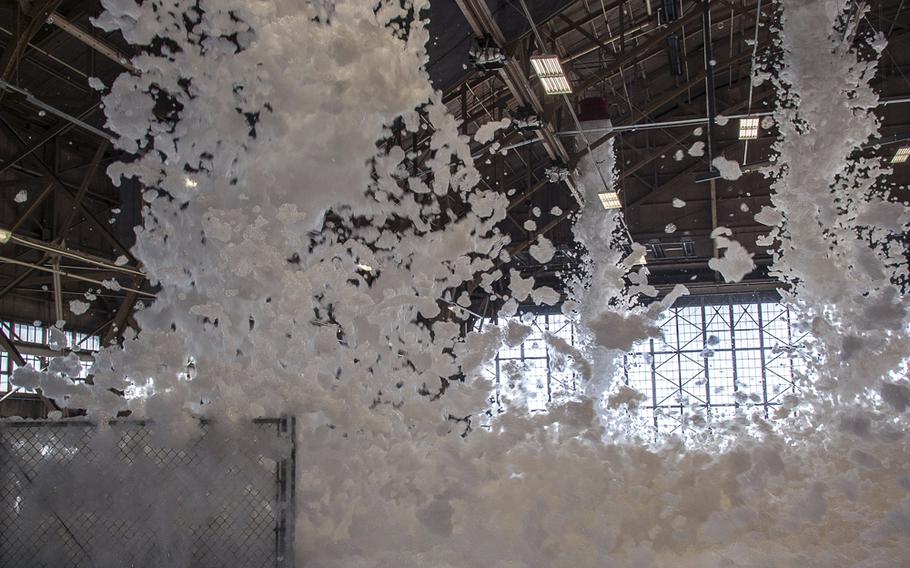 CAMP FOSTER, Okinawa — Air Force officials are investigating how a drunk Marine was able to enter an aircraft hangar at Kadena Air Base and activate the fire-suppression system, releasing flame retardant foam in the vicinity of at least one aircraft.

The incident occurred at 1:45 a.m. May 23, according to officials from 18th Wing public affairs. The Marine was arrested.

Marine Corps officials said they would not release the Marine’s name, where he is or was being held, or details on any potential court-martial proceedings due to “policy and privacy reasons.”

Air Force officials said they could not comment on damage due to the ongoing investigation. No further details were available.

“The details of the incident are currently under investigation,” 2nd Lt. Erik Anthony wrote in an email to Stars and Stripes. “Kadena’s capabilities and readiness have not suffered.”