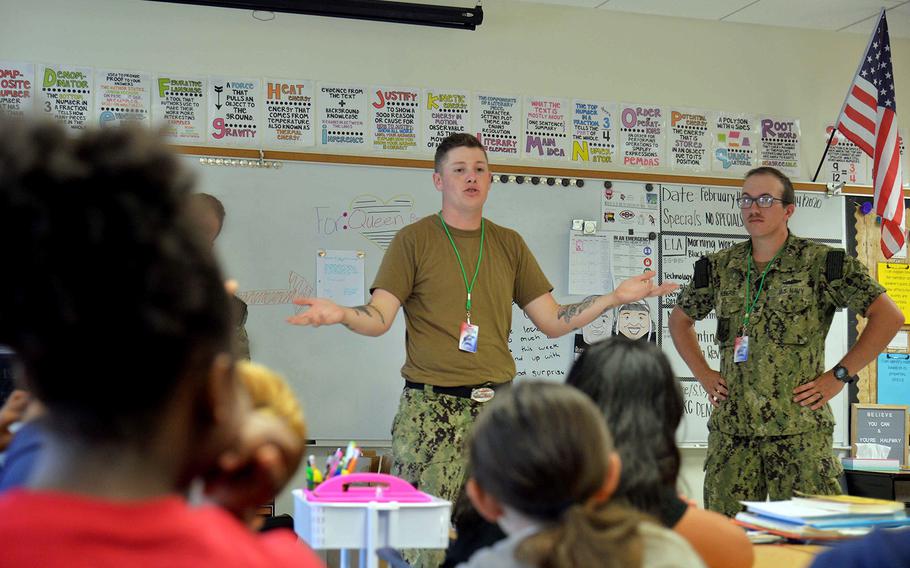 Defense Department schools on Guam will remain open “at this time,” according to an announcement Monday by Joint Region Marianas.

The notice came a day after the island’s governor, Lou Leon Guerrero, announced that three people had tested positive for coronavirus, closed the public schools indefinitely and suspended all but essential operations by the U.S. island territory’s government.

U.S. military families that choose to keep their children at home should contact their school’s office for further guidance, according to Monday’s joint region press release.

The Department of Defense Education Activity on Guam “will take into account health and safety guidelines laid out by the Centers for Disease Control and Prevention, with any changes to be implemented as needed,” according to the statement.

DODEA-Guam and Joint Region Marianas “will continue to coordinate closely with U.S. Naval Hospital Guam and our government of Guam partners to monitor the effects of [coronavirus] and will continue to assess whether school operation is in the best interest of all involved,” the release stated.

While the DODEA schools will remain open, the athletic league in which Guam High School participates, the Independent Interscholastic Athletic Association of Guam, on Sunday suspended its activities through Saturday. The association scheduled a board meeting scheduled for Tuesday.