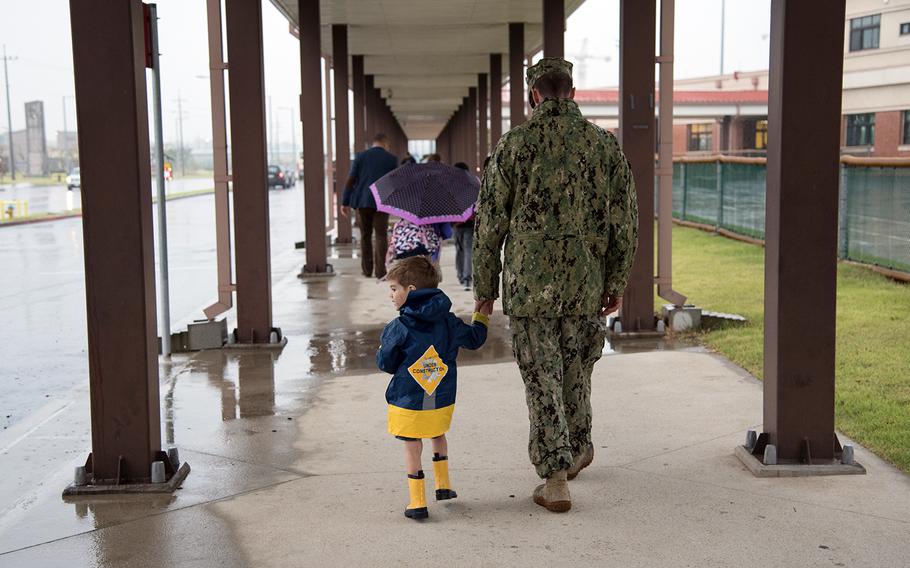 Schools at Osan Air Base, Camp Humphreys and U.S. Army Garrison Daegu will remain closed through next week, according to a memo sent Friday afternoon by Jeff Arrington, Korea district superintendent for Department of Defense Education Activity, to parents, students and school employees.

After meeting with U.S. Forces Korea officials this week, “a decision was made to delay the start of school to safeguard the health of students,” the memo stated.

However, teachers will remain at work, Arrington wrote, “to provide ongoing learning experiences for all students.” Teachers in the Korea district have been providing online instruction since the schools closed Feb. 26.

The decision to keep schools closed was made “thoughtfully and deliberately, after conducting an analysis of the mitigation measures developed with the USFK medical community and others to create a safe zone in schools and to slow the possible spread of the virus,” the statement continued.

Arrington’s memo cleared up messaging earlier that day. The Eighth Army had tweeted around noon that schools would stay closed; a tweet sent 20 minutes later from Daegu garrison stated that decision was “pending.”

Arrington counseled patience and support “as we wait a bit longer to ensure we have all the mitigations in place. We understand and share everyone’s concerns and desires about schools reopening.”

DODEA schools in Japan have remained open. Japanese public schools, however, are closed in response to a plea from Prime Minister Shinzo Abe.

DODEA officials expect to announce on Wednesday whether activities scheduled in April will proceed, namely the Far East Creative Expressions visual arts show and the Honor Music Festival, both in Japan, according to DODE-Pacific chief of staff Todd Schlitz.

Far East spring sports tournaments scheduled for May 22-24 at various sites remain a go “at this time,” according to DODEA-Pacific athletics coordinator Tom McKinney. No set date has been announced for when a final decision will be made.