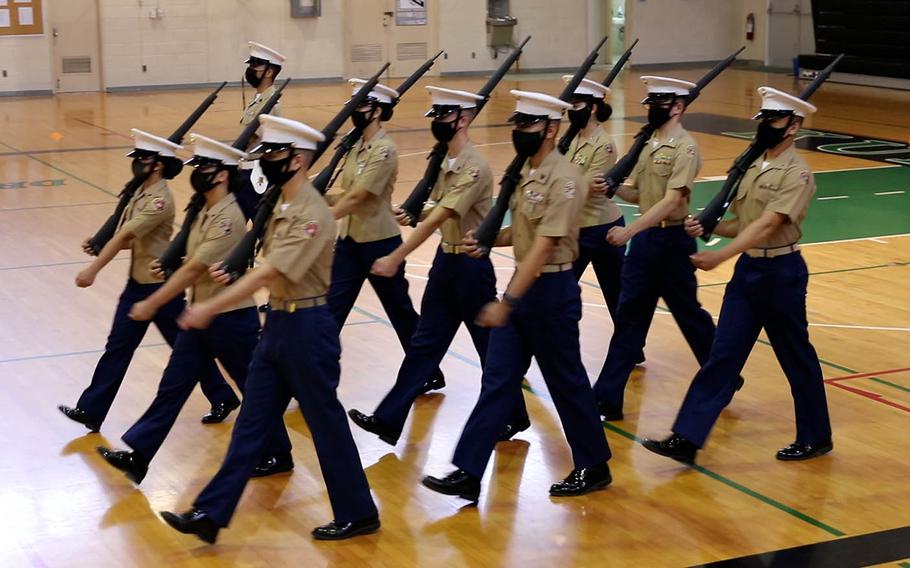 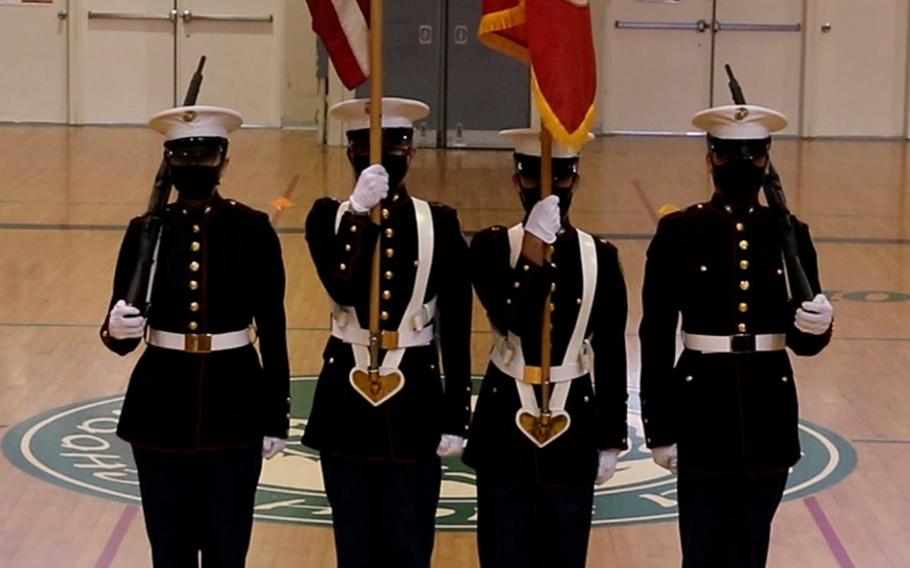 Students there, deprived during the coronavirus pandemic of their regular extracurricular outlets — football, volleyball, basketball and the rest — needed something, anything, to do and a team to bond with.

That proved beneficial for Cook, who coached the Kubasaki Dragon Battalion to top honors at the Far East Drill Competition in December, according to results announced last week. The drill team took four of five events in the virtual competition.

Kubasaki placed first in the color guard, armed and unarmed regulation and unarmed exhibition categories and finished second to E.J. King High School at Sasebo Naval Base in the armed exhibition. In the overall standings, Yokota High at Yokota Air Base was second, followed by Nile C. Kinnick High School at Yokosuka Naval Base. All the schools are on U.S. military bases in Japan.

In a normal year, teams from 12 Department of Defense Education Activity schools in the Pacific gather in separate venues for JROTC drill and marksmanship competitions.

But this is a pandemic year, which actually helped Cook and his boss, retired Marine Capt. Kenneth Gipson, expand the drill team ranks from 23 members last year to 36 this year, Cook said by telephone on Wednesday.

“The kids, they really bonded. It was such a great environment, watching them bond and do something” together during the pandemic, Cook said, adding he avidly recruited and had little trouble finding takers.

“It gave them purpose. I loved watching their teamwork. They were so focused. They made it fun,” he said.

“They were tiny, they were lugging around weapons that were bigger than they were,” he said. “But they stepped up and fell in love with drill.”

Organizing the Far East drill competition in a pandemic started in spring 2020, when JROTC superintendents realized the problems ahead, Cook said.

Perdew, a former communications officer in the Marines, arranged the competition. He developed a digital score sheet, a system in which every school would do their routines in front of one video camera, and assembled a team of 15 judges, three each assigned to the five events.

"The biggest challenges were scheduling of team recordings and judging sessions,” he said. “Every team had different COVID rules to follow. Some could practice more than others. Some had to be outside. Some could use the gym, some couldn’t. Bottom line was, we tried to replicate a live drill meet as much as we could."