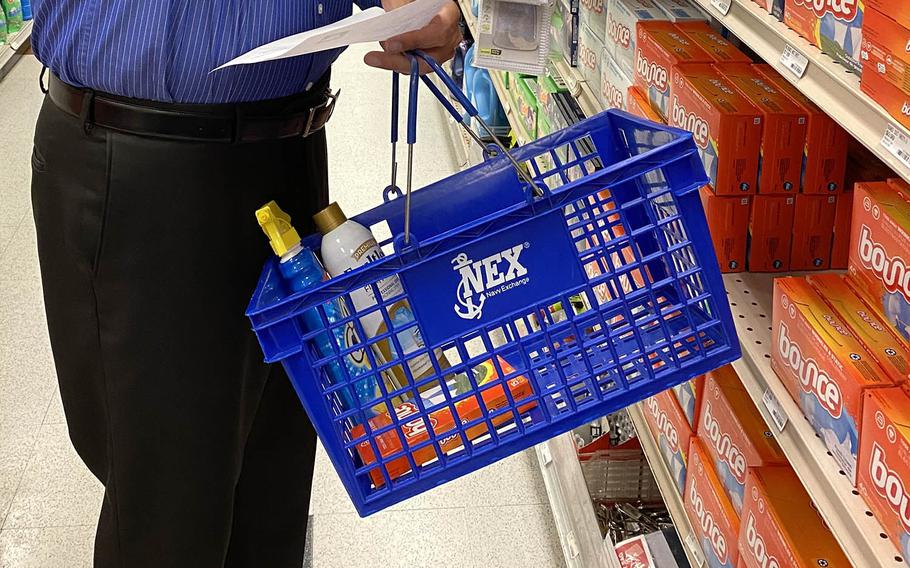 Some civilian employees of the Defense Department and Coast Guard on Guam may now shop at Navy and Marine Corps exchanges. (U.S. Navy)

Some civilians working for the Defense Department and Coast Guard on Guam may now shop at Navy and Marine Corps exchanges, thanks to a DOD order issued last month.

As of Saturday, non-appropriated and appropriated fund employees have privileges at the Navy and Marine Corps exchanges at installations in the U.S. and its territories and possessions, according to a Navy news release. The exchanges are also gearing up to provide online shopping access by mid-October to the same employees as well as retirees.

“The expansion to new authorized shoppers is expected to increase the contribution to quality-of-life programs and greatly benefit the entire military community,” the release said.

To shop at the exchanges, eligible customers need only present a valid common access card at the door or to the cashier, according to the release. Eligible shoppers without the card may show a proof of employment document dated within 12 months and a valid photo ID.

The exchange benefit proved too popular when DOD in March 2020 gave base commanders temporary authority to grant shopping privileges to mission-critical DOD civilians and contractors.

Many people misinterpreted the order to mean every mission-critical DOD employee was automatically granted that privilege, Berry Patrick, who works in the DOD office of morale, welfare and recreation and non-appropriated fund policy, said in an April 14 article by the Military Times.

Patrick said his office fielded many phone calls from people wanting to find out if they had just been granted exchange shopping privileges.