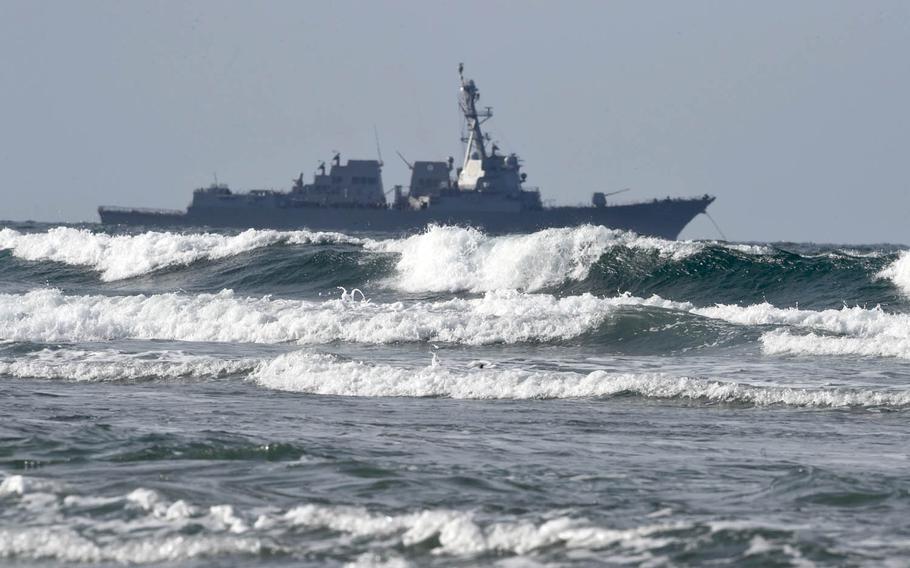 The Navy is sending the guided-missile destroyer USS Sampson to New Zealand next month, ending a three-decade chill between the Pacific allies over nuclear weapons. (Timothy Black/U.S. Navy photo)

The Navy is sending the guided-missile destroyer USS Sampson to New Zealand next month, ending a 3-decade-old chill between the Pacific allies over nuclear weapons.

Under New Zealand’s nuclear-free legislation, the prime minister must be satisfied that foreign military vessels are not armed with nuclear weapons before entering the country.

“I have granted this approval after careful consideration of the advice provided by the Ministry of Foreign Affairs and Trade,” Prime Minister John Key said in a recent statement. “New Zealand’s legislation also does not allow ships which are nuclear propelled into New Zealand, and the advice I received from officials is that the USS Sampson is not nuclear powered.”

The upcoming visit shows the depth of New Zealand’s relationship with the United States, said Key, whose government has cooperated closely with the U.S. on defense matters and has deployed troops to both Iraq and Afghanistan in recent years.

It will be the Navy’s first port call in the “land of the long white cloud” since the mid-1980s, when Wellington refused a port call by the USS Buchanan on grounds that the U.S. would neither confirm nor deny if the ship was nuclear-armed.

The U.S. responded by suspending training with the Kiwis, effectively limiting ANZUS — the Australia, New Zealand, U.S. Security Treaty — to a bilateral defense pact with Australia.

The Sampson’s upcoming visit shows that the U.S. is now comfortable with New Zealand’s non-nuclear stance, said Paul Buchanan, an American security analyst based in Auckland.

Sending a state-of-the-art destroyer rather than a hospital ship such as the San Diego-based USNS Mercy is significant, he said.

“The New Zealand government wanted a warship because it will show that … New Zealand is back to being a first-tier ally of the U.S.,” Buchanan said.

The Sampson is in the same class as the USS Mason, which recently fired defensive missiles after coming under attack by Houthi rebels off Yemen’s coast. It is equipped with the Aegis missile-defense system that the Japan Maritime Self-Defense Force uses to guard against North Korean missiles.

The allies think alike in regard to potential adversaries in the South Pacific, specifically China, Buchanan said.

New Zealand politicians are walking a careful line over their relationships with China and the U.S., both major trading partners.

China rebuked New Zealand’s defense minister when he visited Beijing earlier this month over comments he made in support of the United Nations Convention on the Law of the Sea, an agreement that China has violated by building up disputed islands and reefs in the South China Sea.

China, which is also participating in New Zealand’s anniversary celebration, will send the Yancheng, a frigate that trailed the USS Fort Worth during a patrol last year near the disputed Spratly Islands.

Fifteen nations will participate in the celebrations, starting on Nov. 17 with the entry of the fleet into Auckland’s Waitemata Harbour and the berthing of ships at Ports of Auckland or Devonport Naval Base, the statement said.

The next day, 1,000 sailors will march down Queen Street, and on Nov. 19 the ships will be reviewed by New Zealand Governor-General Patsy Reddy. An open day will be held on Nov. 20, during which the public will be able to board participating vessels.

Buchanan said anti-American demonstrators will likely protest the Sampson’s arrival. But he predicted long lines for tours of the ship and said an overwhelming majority of the populace will welcome the visit.