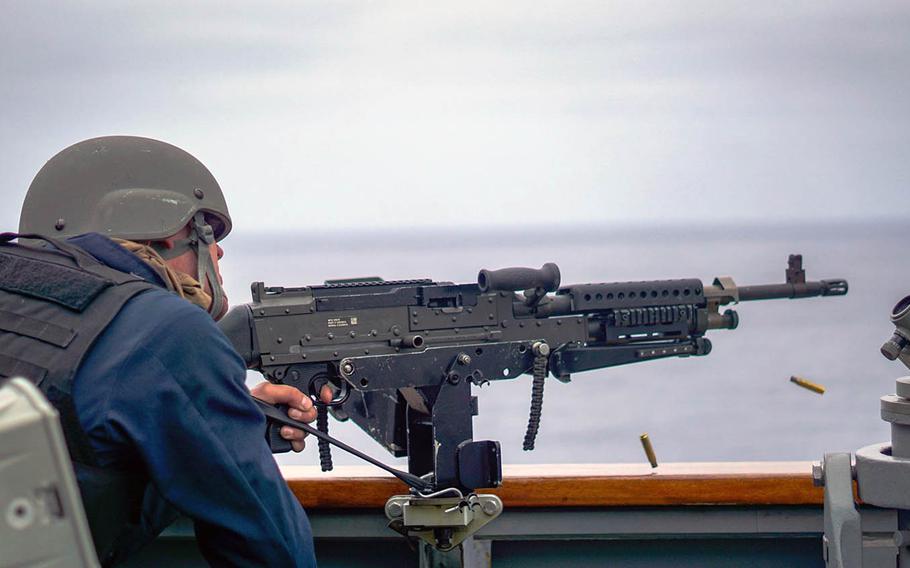 The USS Nimitz departed from Naval Base Kitsap in Bremerton, Wash., on April 27.

The ongoing exercise tests “a strike group’s ability as a whole to carry out sustained combat operations from the sea,” according to a U.S. Navy statement.

“Ships, squadrons and staff will be tested across every core warfare area within their mission sets through a variety of simulated and live events, including air warfare, strait transits, and responses to surface and subsurface contacts and electronic attacks,” the Navy said.