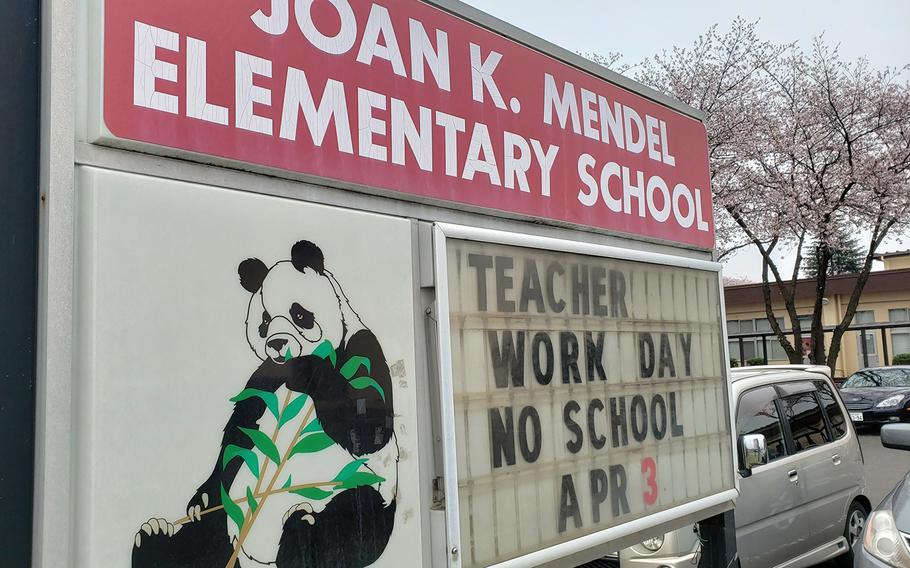 “Due to the current health protection conditions in our communities, we will not be able to resume our normal operations on April 13,” said Lois Rapp, director of the Department of Defense Education Activity Pacific, wrote in a letter Tuesday, a copy of which was obtained by Stars and Stripes.

The goal remains for students to meet required standards to move on to their next grade level “and for seniors to graduate as scheduled, whether that accomplishment is celebrated in person or virtually,” Rapp wrote.

“Decisions regarding the reopening of schools will be made on a weekly basis and communicated with families,” she said.

“The health and safety of our students and staff is always our priority,” she added.

DODEA schools in Japan, including Okinawa, had been open through most of March but shut their doors March 23 with online instruction beginning March 25.

The announcement came as the number of coronavirus cases on U.S. bases in Japan and South Korea have increased.

U.S. Forces Korea reported its 14th confirmed case on Tuesday. The outbreak in South Korea began in Daegu and has spread, with 9,661 cases confirmed as of Monday.