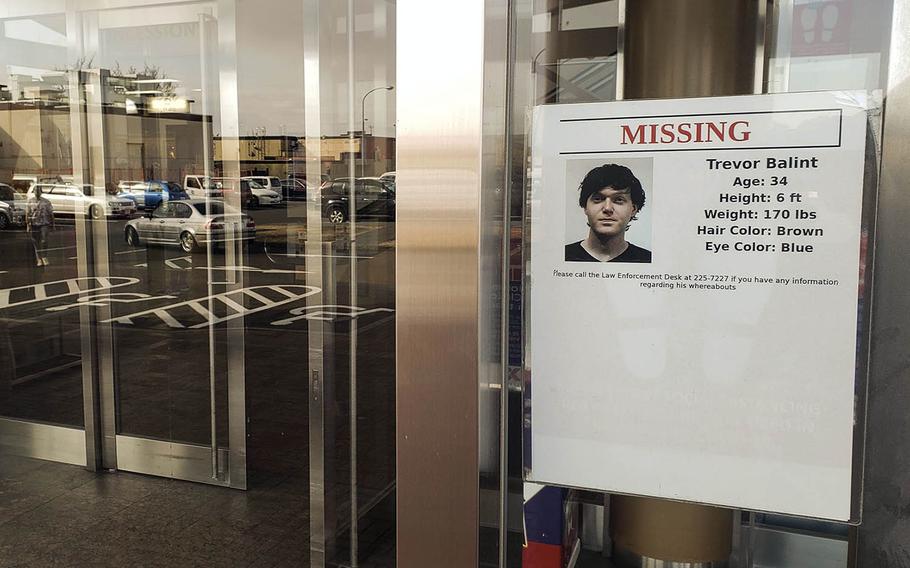 Buy Photo
Trevor Balint, 34, went missing from Yokota Air Base in western Tokyo in the early hours of Feb. 1, 2021. (Theron Godbold/Stars and Stripes)

Buy Photo
Trevor Balint, 34, went missing from Yokota Air Base in western Tokyo in the early hours of Feb. 1, 2021. (Theron Godbold/Stars and Stripes) 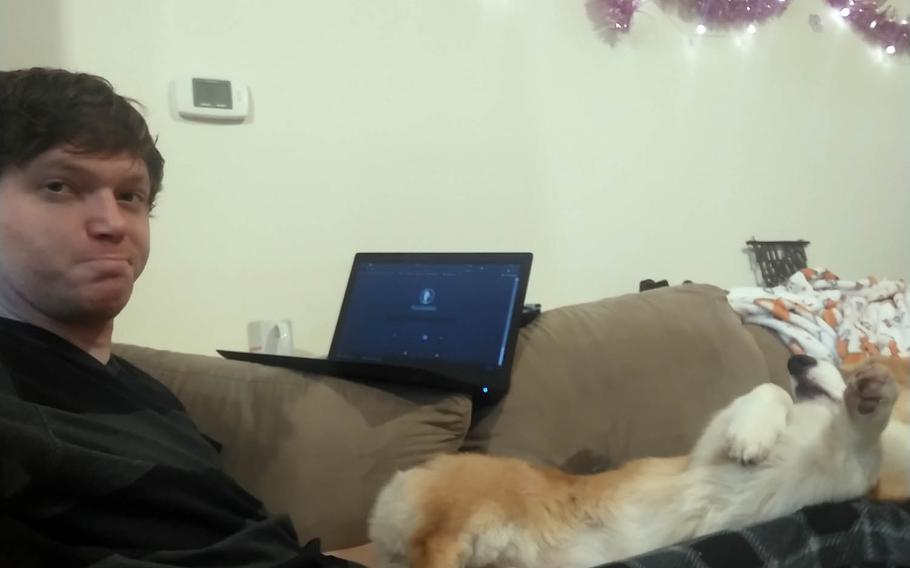 YOKOTA AIR BASE, Japan — The sudden disappearance of a U.S. civilian from this U.S. installation in western Tokyo has prompted a call from a U.S. congressman to the base commander.

Rep. Tim Ryan, D-Ohio, phoned Col. Andrew Campbell, commander of Yokota’s 374th Airlift Wing, on Tuesday to discuss the Feb. 1 disappearance of Trevor Balint, 34, the spouse of a Defense Department computer programmer and analyst, according to a statement from Ryan’s office.

Balint, of Hubbard, and his wife, Britni Balint, 31, of nearby Brookfield, are from eastern Ohio’s 13th Congressional District, which Ryan represents.

“Trevor's disappearance is deeply disturbing,” Ryan said in the statement. “I will do everything in my power to help expedite this investigation and hopefully bring a positive resolution to this difficult situation.”

Balint, who taught high school chemistry and physics, according to his LinkedIn profile, worked as a Department of Defense Education Activity substitute teacher until Nov. 18. His wife has posted dozens of fliers seeking information and appealed to the military community for help finding him.

U.S. and Japanese investigators have searched parts of Yokota and attempted, unsuccessfully, to track the missing man with a police dog.

The congressman “had a productive conversation” with Campbell and received an update on the investigation, according to Ryan’s office.

“Colonel Campbell assured me that the United States military and Japanese authorities are doing everything in their power to find answers and bring an end to this nightmare for the Balint family,” Ryan was quoted as saying.

Britni Balint said she last saw her husband at 1:30 a.m. Feb. 1, He had gone out several hours earlier to search for a neighbor's lost cat, which he'd earlier spotted near the base movie theater, she said.

The couple slept in separate bedrooms and Britni, who went to work the next morning, didn’t realize her husband was missing until she finished work and saw a message from somebody who had found his wallet near a vacant townhome on base, she said.

Britni said she later went to the vacant home and discovered her husband’s cellphone, keys, shoes, jacket and mask, among other items. The phone had been reset, she said.

Air Force investigators are keeping confidential any information they have on Trevor Balint’s subsequent movements, including his phone records or footage from cameras in the local area or on base.

“The details requested are part of an on-going investigation and cannot be released,” Yokota spokeswoman Kaori Matsukasa told Stars and Stripes in an email Wednesday.

The case has been reported by several media outlets in Balint’s home state of Ohio.

Ryan stressed to Campbell the need to keep Britni Balint updated, according to his statement.

“I will continue to closely monitor this situation and remain in close contact with military leadership at Yokota Air Base and the Balint family," Ryan said.