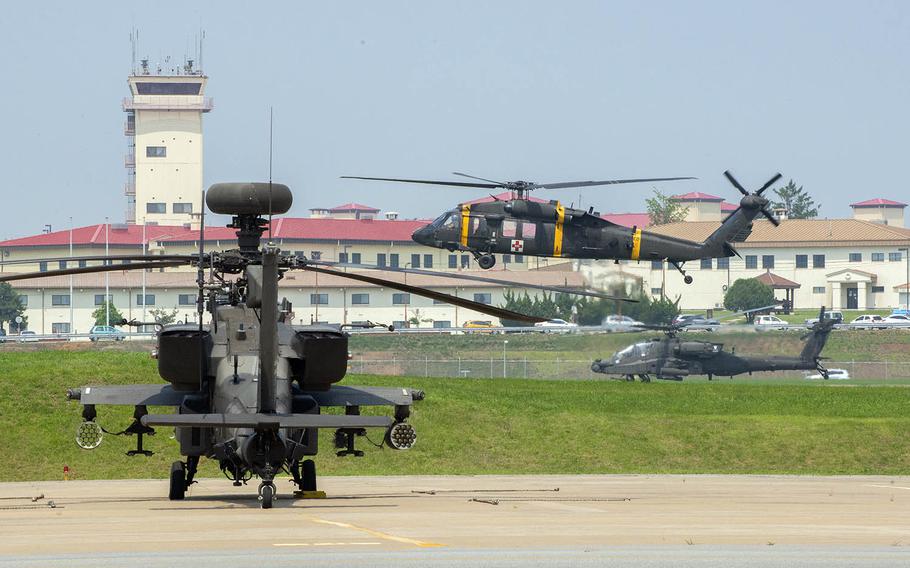 CAMP HUMPHREYS, South Korea — No one was hurt after a U.S. military aircraft “experienced a hard landing” Monday in South Korea, an Eighth Army spokeswoman said.

The cause of the incident on the Camp Humphreys airfield is under investigation, Lt. Col. Peggy Kageleiry told Stars and Stripes in an email.

“No injuries [were] reported and the crew is safe,” she said.

The aircraft was identified only as a fixed-wing aircraft assigned to the 501st Military Intelligence Brigade. No information about its condition was available Tuesday.

Camp Humphreys operates the Army’s most active airfield in the Pacific region and is nearing completion of the largest transformation project in Defense Department history. The installation will be home to nearly 36,000 soldiers, civilians and their families when finished.