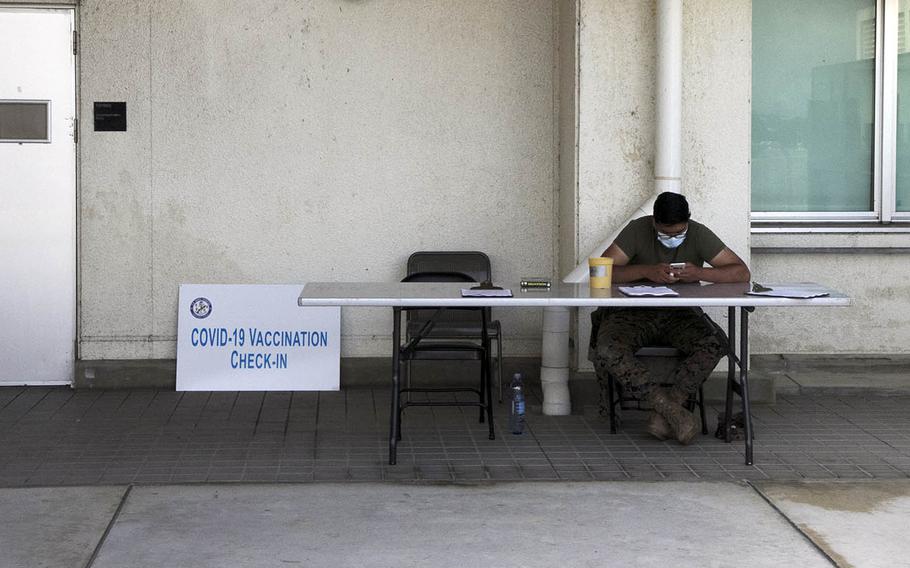 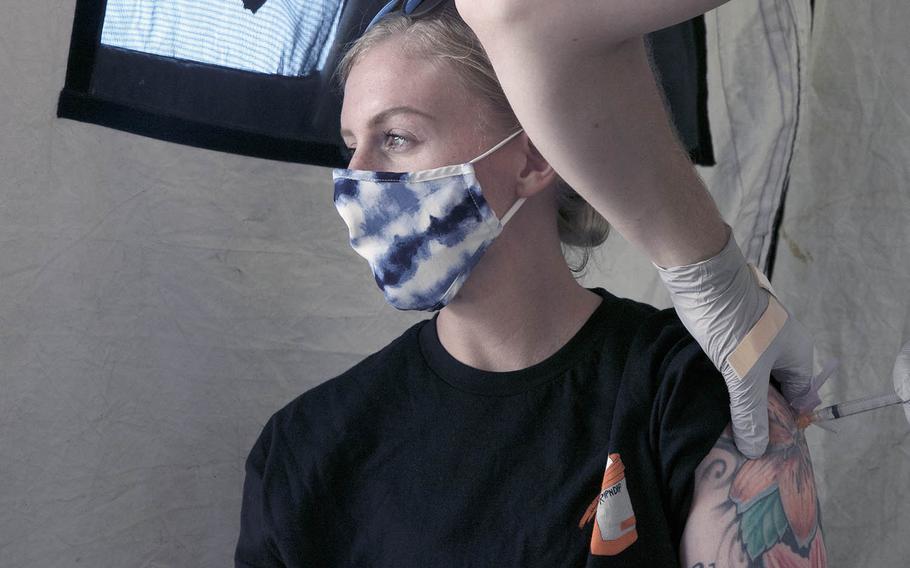 TOKYO — U.S. military bases in Japan reported 26 new coronavirus cases over the past seven days while the spring surge of COVID-19, the coronavirus respiratory disease, continued in the nation’s two largest cities.

Osaka prefecture reported 1,099 new infections Tuesday, a new one-day record there, and eight deaths, according to public broadcaster NHK. Osaka has reported more than 900 new patients on three of the past seven days, according to its COVID-19 tracking website.

Tokyo on Tuesday announced another 510 people had contracted the virus, according to NHK. The capital has reported more than 500 new coronavirus cases on five of the past seven days, according to metro government data.

Osaka and Tokyo, along with Okinawa, Kyoto, Hyogo and Miyagi prefectures, have capped attendance at large events, asked bars and restaurants to close early and urged residents to avoid unnecessary travel until May 11 in Tokyo and May 5 in the other areas, according to Kyodo News. Businesses that ignore the order may be fined.

U.S. bases in Japan reported another 26 people had contracted the coronavirus between April 7 and 6 p.m. Tuesday.

The Marine Corps announced 16 new cases on Okinawa and one at Marine Corps Air Station Iwakuni near Hiroshima. Kadena Air Base reported another eight patients between April 7 and Monday. Yokota Air Base in western Tokyo said one person tested positive sometime between Saturday and Tuesday.

The Marines had 11 people test positive between Saturday and Tuesday at Camp Hansen — two at Marine Corps Air Station Futenma, and one each at Camps Foster, Courtney and Kinser, according to two Facebook posts by Marine Corps Installations Pacific.

Sasebo Naval Base on Kyushu island will hold a shot clinic Wednesday for a limited number of vaccines on a first-registered, first-served basis.

Sasebo has only the two-shot Moderna vaccine and a limited number of doses set aside for those due their second shot.

It has 99 doses of the Moderna vaccine left after a clinic Monday for any eligible, card-carrying person age 18 and older, including retirees and family members, according to a base Facebook post Tuesday.

Misawa Air Base plans a mass vaccination 8 a.m. to 6 p.m. Friday at the officer’s club. It anticipated a shipment of 1,900 doses of the one-shot Johnson & Johnson vaccine.

At Naval Hospital Okinawa on the Marines’ Camp Foster, civilians and service members alike lined up Tuesday for a shot of either the Johnson & Johnson or Moderna vaccines in tents outside the hospital.

Niki Franceschi, 30, a spouse and Marine veteran from Ohio, was excited to have a choice. She went with Johnson & Johnson.

“It kind of felt like a relief to get it because now I know that if opportunities to travel come up, to go back home, it’s going to be one less obstacle to have to worry about,” said the mother of three. “I like that it’s one shot. I don’t have to come back.”

Jim Deak, 48, an Army veteran from Pennsylvania, said he’s apprehensive about the vaccine based on what he’s heard on TV. But he, too, hopes to travel again one day soon and so he rolled up a sleeve for the Johnson & Johnson.

“I figured, knock it out because it will smooth the process of getting back to the States in the coming months,” he said.