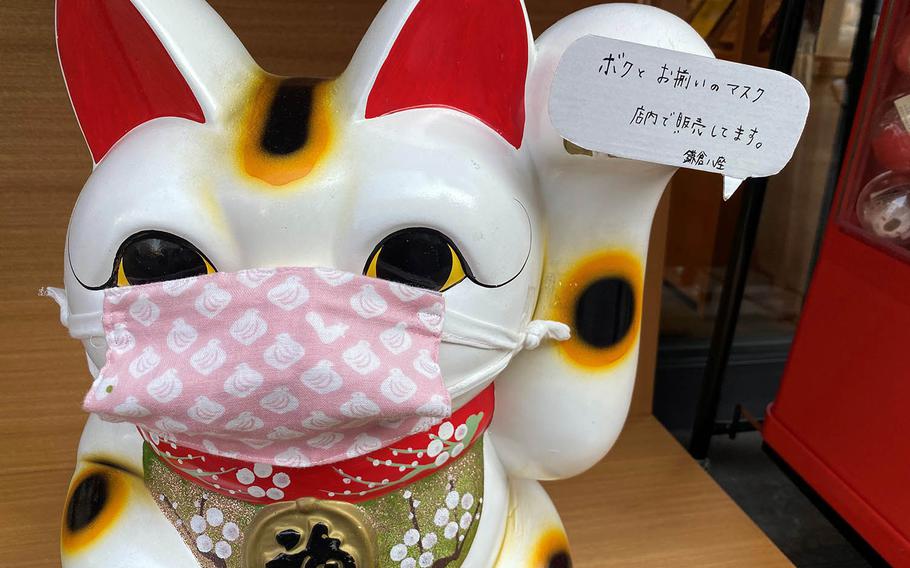 TOKYO – The key U.S. naval base in the Western Pacific reported 29 new coronavirus cases Friday, a day after the commander there warned of potentially hundreds being quarantined over the holidays.

Yokosuka Naval Base, homeport of the 7th Fleet, said 29 people had tested positive for the virus since Tuesday, bringing the number of patients under observation there to 65, according to a base news release.

Other U.S. bases in Japan reported another 20 new cases as of 6 p.m. Friday. The middle school at Kadena Air Base closed one day ahead of winter break after someone there became infected, according to a notice to school staff and families Thursday night.

Tokyo, the capital city, kept pace with a fall surge in Japan by recording another 664 new infections Friday, the third consecutive day above 600 new cases, according to public broadcaster NHK.

The Tokyo Metropolitan Government on Thursday reported its highest daily total so far in the pandemic, 822.

At Yokosuka, 35 miles south of central Tokyo, base commander Capt. Rich Jarrett in a video posted Thursday attributed the recent flare-up to an unspecified number of people who “willfully disobeyed” restrictions in place to curb the virus’ spread. As a result, hundreds of people on the base will end up quarantined, he said.

On Tuesday, the naval base attributed a burst of new infections to unauthorized behavior, including trips to bars and indoor restaurant dining in Yokohama and Tokyo.

Tokyo has been off-limits to U.S. service personnel for months; Jarrett on Thursday also put Yokohama off-limits, except for those who live there or have official business. He also limited gatherings to five people or two families.

Naval Air Facility Atsugi, 26 miles southwest of central Tokyo, had one new case on Friday, someone who tested positive during contact tracing, according to a Facebook post. The base has six active cases.

Yokota Air Base, headquarters for U.S. Forces Japan in western Tokyo, reported two people tested positive for the virus since Wednesday, via a Facebook post. One person was already isolated after recently arriving from Japan. The second person was already quarantined as a close contact of a previously identified case.

Marine Corps Air Station Iwakuni, 500 miles west of Tokyo, reported three individuals acquired the virus locally, but did not specify the circumstances, in a Facebook post Friday. They were not discovered in isolation or as new arrivals, but the risk of further spread is low, according to the air station.

Sasebo Naval Base, on the southern tip of Kyushu, had four people test positive during a medical screening; they were quarantined, according to a Facebook post Friday. The base has 18 active cases.

On Okinawa, Kadena Middle School closed Friday for contact tracing after someone there tested positive for the virus, according to an online message late Thursday from Principal Mynda Massey-Vukovic.

The Marines in a daily update on Facebook reported six newly infected individuals on Okinawa, four at Camp Foster and two at Camp Schwab on Friday. They provided no further information.ditzler.joseph@stripes.com Twitter: @JosephDitzler