Coronavirus infections continue to decline among US military community in Japan 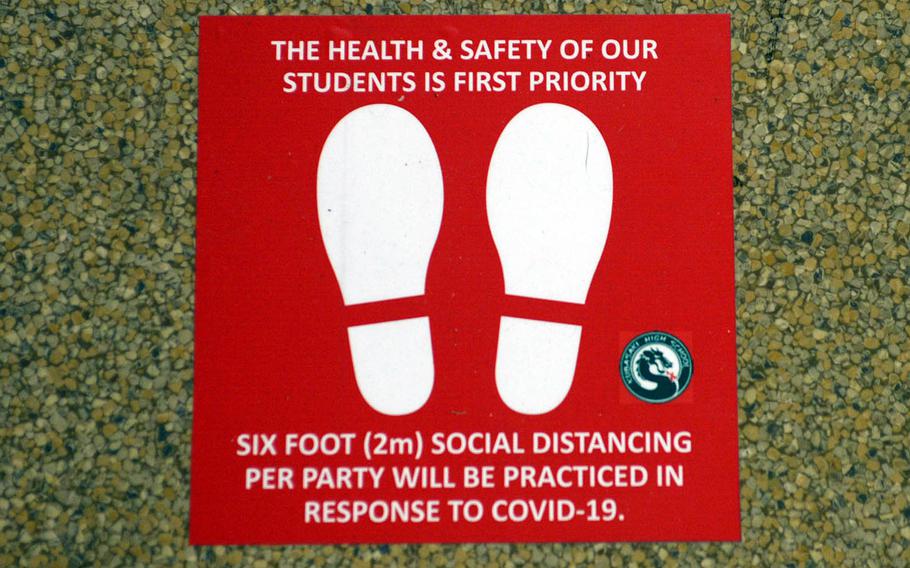 TOKYO — The U.S. military in Japan reported two new coronavirus cases over the weekend, both patients who tested positive while still in quarantine.

Camp Zama, the headquarters of U.S. Army Japan near Tokyo, announced Saturday that an individual who recently arrived in the country had tested positive the previous day while in quarantine. The patient arrived in Japan on Sept. 6, according to a news release.

The person showed no symptoms and was moved into isolation immediately after the test results were known, according to release.

Kadena Air Base on Okinawa reported Monday that an individual had tested positive the previous day. The new patient was tested prior to leaving the mandated quarantine for new arrivals, according to a Facebook post by the base. It said contact tracing determined the patient had no close contacts.

The U.S. military typically does not identify the status of new coronavirus patients, whether service members, Defense Department civilians, contractors or family members.

Also Monday, the commander of Misawa Air Base, 400 miles north of Tokyo, said that starting Thursday the island of Hokkaido is available for off-duty travel by base personnel.

Col. Jesse Friedel also lifted a prohibition on commercial flights and bullet-train trips within the permitted travel area and to Hokkaido.

The limit on travel south of the base remains the same, Friedel said during a live town hall broadcast on Facebook and AFN Radio. Misawa personnel are restricted to the six prefectures that comprise the Tohoku region of northern Japan.

Other restrictions on bars and similar venues apply, and Friedel encouraged listeners to continue wearing masks, frequently washing their hands and maintaining a minimum distance of six feet between individuals.

Coronavirus infections at Misawa have been few, although the base reported one new case on Friday, a patient who tested positive in quarantine after returning to Japan from abroad.

Misawa joins Yokota Air Base in allowing its personnel to ride the bullet trains. However, Yokota, in western Tokyo, permits its personnel to travel throughout Japan, with the exception of central Tokyo and Okinawa.