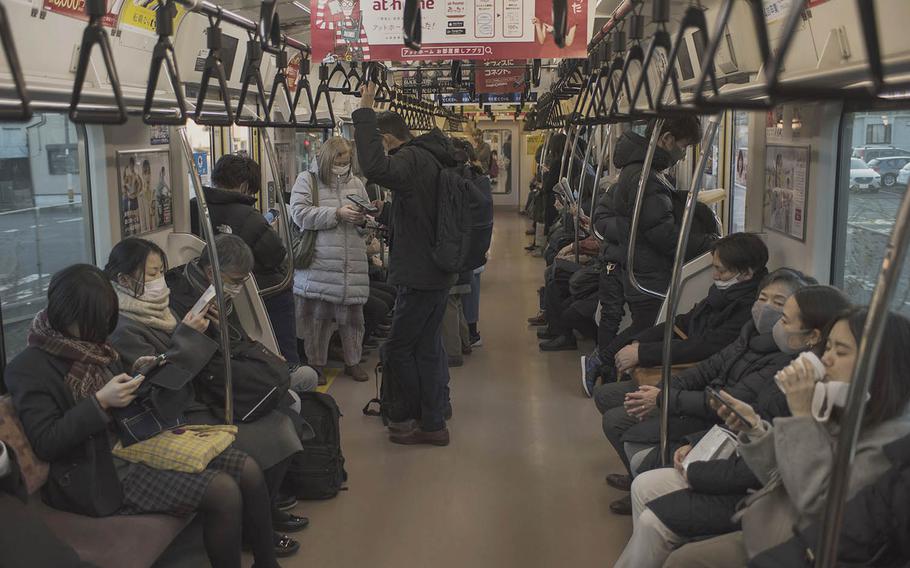 TOKYO – The daily count of new coronavirus patients in Tokyo fell on Friday, and U.S. military bases in Japan reported 12 new cases as of 6 p.m.

Yokosuka Naval Base, 35 miles south of central Tokyo, reported 10 of those new U.S. cases. The others were at Yokota Air Base in western Tokyo.

The Tokyo Metropolitan Government recorded another 577 people infected with the coronavirus, according to public broadcaster NHK. That’s eight consecutive days below 1,000 new cases in the city, according to metro government data.

In South Korea, an Army post shuttered all but essential services at the post exchange and commissary Friday morning and urged its population to telework, according to a Facebook video message by its commander.

Camp Casey, 40 miles north of Seoul, had five people test positive for the virus Thursday, according to a camp Facebook post Friday. The commander of the Yongsan and Casey garrisons, Col. Ellis Baker, said the closures were meant to facilitate contact tracing. Super Bowl events at Casey on Monday are cancelled, Baker said.

Back in Japan, the Army and Marine Corps on Okinawa lifted a two-week-old ban on off-base liberty, effective immediately for the Army and at 4 p.m. Saturday for the Marines, according to Facebook posts.

Some activities are still prohibited, including indoor dining at off-base restaurants, and patronizing bars, clubs, bowling alleys, gyms and other indoor activities that involve large groups “that impede social distancing.”

Both commands emphasized wearing masks and maintaining six feet of separation. Defense Secretary Lloyd Austin in a memo Thursday ordered anyone on U.S. military installations or on duty elsewhere to wear masks.

Individual commands in Japan uniformly expect their people, including civilians and family members, to wear masks in public and adhere to travel bans on hot spots, including central Tokyo.

Parts of Japan, including the greater Tokyo metro area and Osaka, are under a state of emergency meant to curb a winter viral surge. However, emergency measures like business closures, teleworking and reduced travel are considered voluntary.

Yokosuka Naval Base in a Facebook post Friday said four of its new patients tested positive after falling ill with symptoms of COVID-19, the coronavirus respiratory disease; four more were discovered during contact tracing; the remaining two tested positive after recently arriving in Japan.

One individual who was hospitalized with COVID-19 was released but remains in isolation, according to the base. The naval hospital there has 76 patients under observation.

Yokota Air Base, the headquarters in western Tokyo of U.S. Forces Japan, announced in a Facebook post that two people tested positive between Wednesday and Friday.

Both were already in mandatory quarantine, one after arriving in Japan from the U.S. and the other after contact with another infected person, according to the base. Five people have tested positive at Yokota so far in February; the base is monitoring seven patients.