Coronavirus cases continue to increase for US military on Okinawa 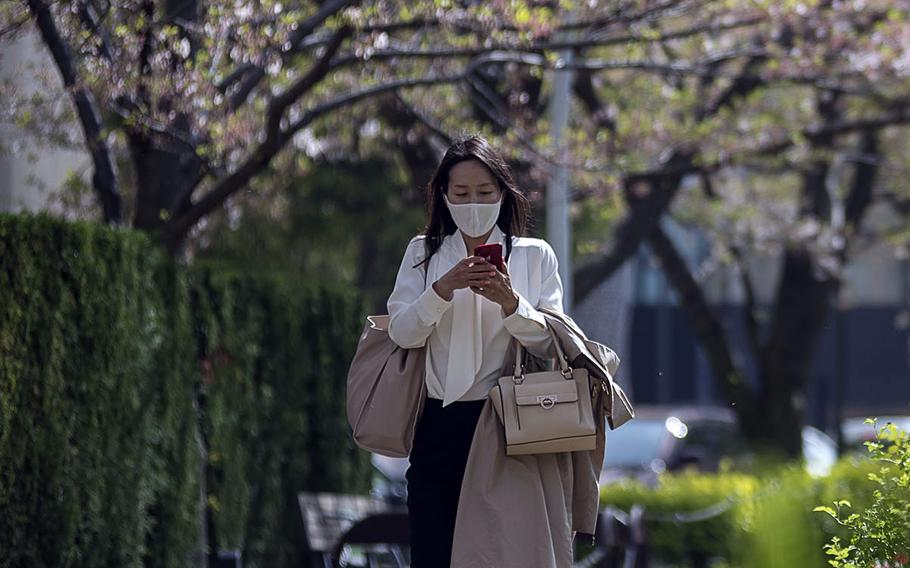 Buy Photo
A week after the lift up of the state of emergency, many people wearing masks are strolling around Tokyo Midtown in Roppongi. (Akifumi Ishikawa/Stars and Stripes)

TOKYO — The U.S. military in Japan reported 38 new coronavirus patients as of 6 p.m. Friday, most on Okinawa, where rising case numbers have prompted base commanders to re-impose limits on travel and activity over the past two weeks.

Kadena Air Base reported another 25 individuals tested positive for the virus, according to a base Facebook post Thursday evening.

Fourteen were close contacts of previously infected individuals and five tested positive while in quarantine after recent travel outside Japan. Four became ill with symptoms of COVID-19, the coronavirus respiratory disease, and isolated themselves. Two came up positive on the test required before traveling to the U.S. from Japan, according to the base.

All have been quarantined and health authorities have traced their contacts, Kadena said.

The Marines on Okinawa reported 10 individuals tested positive for COVID-19, according to a Facebook post by Marine Corps Installations Pacific on Friday. Three are from Camp Kinser, and two each are from Marine Corps Air Station Futenma and Camps Foster and Courtney. One is from Camp Kinser.

“The fight against COVID-19 is not over and will continue for the foreseeable future,” according to a statement on the installations command Facebook page.

Kadena on Tuesday reported 20 new patients over the previous week. The Marines reported 19 between Tuesday and Thursday.

U.S. Army Japan on Wednesday said seven of its people on Okinawa tested positive over the previous week.

“The recent increase in cases is worse than at any time since late-January, which has caused us to decide to move to a more protective posture by restricting off-base outdoor dining,” the Okinawa Garrison stated Wednesday on its Facebook page.

The Marines and Air Force earlier ordered similar measures: no indoor or outdoor dining off-base and no waiting indoors for takeout indoors, with some exception.

The Marines and Air Force further prohibited most off-base indoor activities, including gyms, flea markets and other events that attract closely packed crowds.

Elsewhere, Yokota Air Base in western Tokyo on Friday reported two new cases of COVID-19 for a total of four patients on base, according to a Facebook post. One individual tested positive while still quarantined as a new arrival from the U.S., according to the base. The other was “identified and isolated” by Air Force public health authorities, according to Yokota.

Naval Air Facility Atsugi, 26 miles southwest of central Tokyo, on Friday reported one newly infected individual, the result of close contact with another infected person, according to a base Facebook post. The base last reported a coronavirus case on March 18.