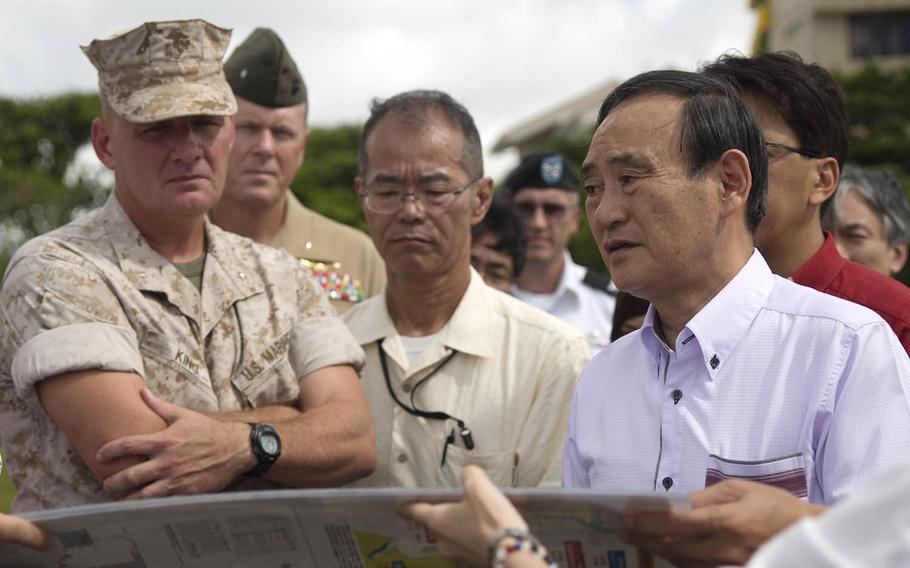 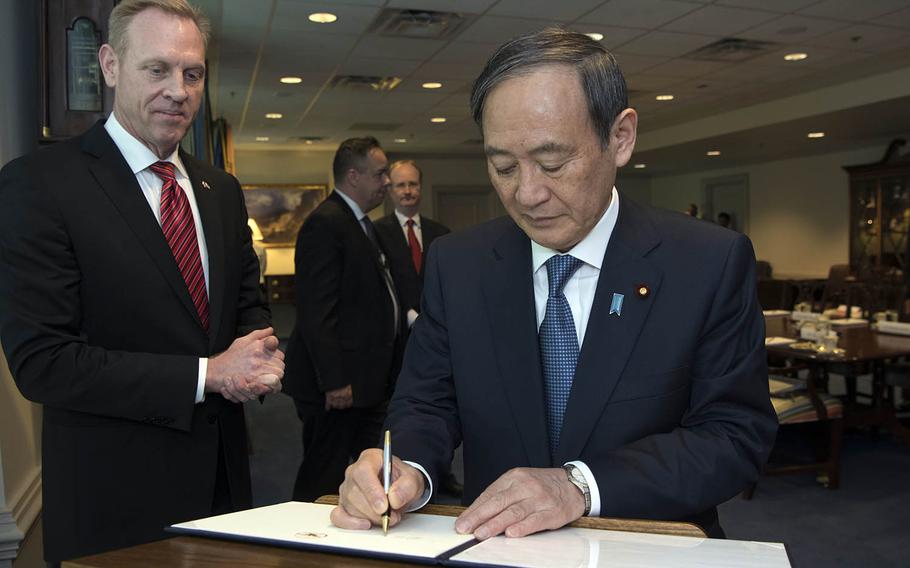 Because of his long partnership with Abe, Japanese media has labeled Suga a “continuity candidate” expected to carry on the former prime minister’s work.

Abe also pushed unsuccessfully to reform Article 9 of the Japanese Constitution, which prohibits the use or threat of force and the creation of an offensive military.

The self-made Suga shares Abe’s pro-military stance, but “was critical in saying there’s other things Abe could do to enhance Japan’s security,” said Stephen Nagy, a politics and international studies professor at Tokyo’s International Christian University.

“He strategically has a lot of different ideas on how Japan can strengthen its security without that direct change to the constitution,” he said. “I think many people would like that change, but the pragmatists understand that it’s difficult to do in the current environment.”

For example, Nagy said, Suga likely influenced Abe’s successful pursuit of the 2015 Legislation for Peace and Security. The act allows the JSDF to assist foreign militaries and use force when Japan or one of its allies are under attack.

“[With Kishi], Mr. Abe’s desires of the hard defense-oriented side of the party are guaranteed,” Cucek said. “We can expect Japan to be more activist … more intense, more pro-America and more proactive.”

Suga’s government will also place “great emphasis on the free and open Indo-Pacific strategy,” Cucek said, which promotes open access to the Western Pacific in the face of China’s claims to and militarization of the South China Sea. The concept is a key element in the 2018 U.S. National Defense Strategy and the Navy regularly patrols the region in support of it.

While some in Japan protest the U.S. presence and complain of base-associated noise, pollution and crime, the status of U.S. military bases in Japan should also remain safe under Suga’s leadership, according to Cucek.

“They will facilitate the U.S. because the security situation around Japan is getting more serious and dangerous,” he said.

As China disputes claim over Japan’s southwestern Senkaku Islands, Nagy said the Liberal Democrats see the U.S. bases on Okinawa “as something essential to peripheral security.”

The Pentagon has said an attack on the islands would invoke the U.S.-Japan Treaty of Mutual Cooperation and Security, meaning the U.S. military would be obligated to respond.

Okinawa and the Senkaku Islands are part of the “first island chain” that China uses to distinguish its nine-dash line, which Beijing says delineates its territorial waters. An international tribunal refuted this claim in 2016, and the U.S. in July also announced a formal policy rejecting it.

Last year, Beijing sent a record-breaking 1,004 ships near the Senkakus, the Japan Coast Guard said in December. The Chinese refer to them as the Diaoyu Islands. They’re also claimed by Taiwan.

While Nagy said Suga may work to decrease the U.S. military’s burden on the Okinawan population, the administration will likely support U.S. operations there.

“[Okinawa] is the closest place to where Japan’s sovereignty is being challenged daily by Chinese maritime militia forces,” Nagy said. “If [Japan] can maintain control on this island chain they can limit Chinese assertive behavior beyond that point.”