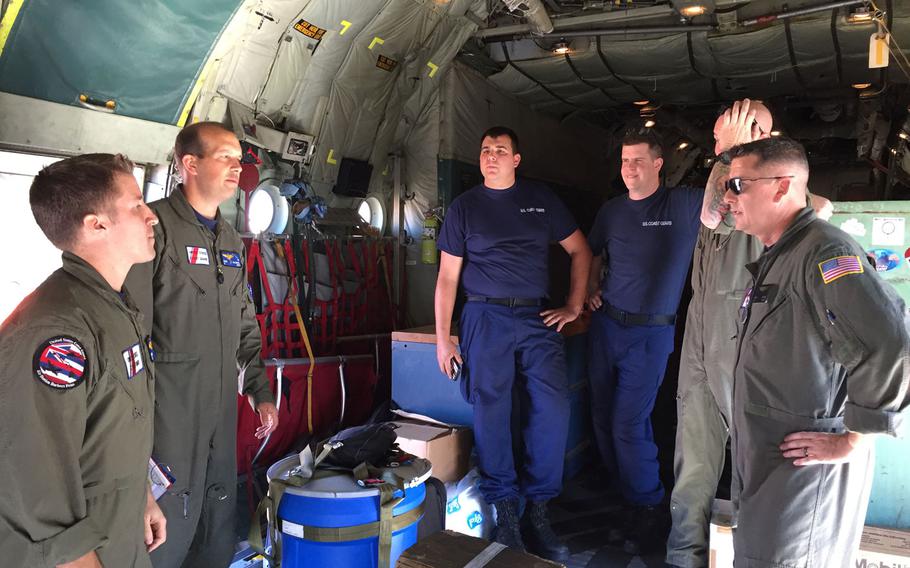 The Coast Guard is searching for 40 people who abandoned a 258-foot fishing vessel that caught fire Wednesday about 1,800 miles south of Hawaii.

An HC-130 plane from Air Station Barbers Point, Oahu, is expected to arrive at the scene about 5 p.m., Hawaii time.

The Coast Guard received a distress call about the American-flagged Eagle at about 8:30 a.m., a Coast Guard statement said.

The 40 crewmembers left the ship around 10 a.m. in two life rafts, three work boats and one skiff, the Coast Guard said. An emergency beacon was activated on the ship, which is transmitting information about its location.

The Fong Seong 888, a Tuvalu-flagged oil tanker, is also en route, veering 90 miles off its course to the scene. It’s expected to arrive about 8 p.m. Hawaii time. The ship’s company, American Eagle Fishing LLC, notified the Hawaii Coast Guard of the fire.

No injuries have been reported, the Coast Guard said.