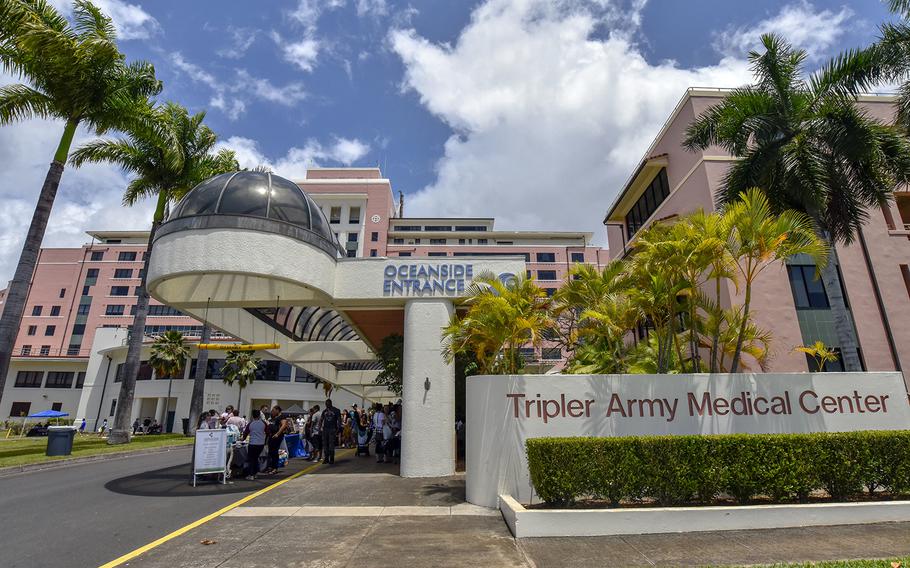 The U.S. Army announced Thursday, March 19, 2020, that a civilian employee at Tripler Army Medical Center in Honolulu had tested positive for the coronavirus, the first military-related case in Hawaii. (Leanne Thomas/U.S. Army)

The civilian employee, who was not identified, had recently traveled to New York and began developing symptoms after returning to Oahu, the Army said in a statement Thursday.

As a precaution, the employee began self-isolation at home but then sought testing at an urgent care facility after being notified that an individual on that flight had tested positive for the virus, the Army said.

The employee is in self-isolation and being monitored by personnel from the medical center.

Teams from the medical center and Army Public Health Nursing are working with Hawaii’s Department of Public Health to determine whether any other individuals may have been exposed. If so, they will be notified and receive follow-up assessments, the Army said.

As of Thursday, Hawaii had 22 presumptive positive or confirmed cases.

State and military officials have steadily tightened restrictions during the past week intended to curb or prevent community transmission of COVID-19, the disease caused by the coronavirus.

Gov. David Ige on Tuesday directed all bars and clubs to close and restaurants to limit service to take-out and delivery. He has called for resident to gather in groups no larger than 10 people and issued a public plea for tourists to postpone visits to Hawaii for at least a month.

Most tourist attractions, such as the Pearl Harbor Visitor’s Center and Battleship Missouri Memorial, have closed for at least the next three weeks.

The Hawaii Department of Education, which administers all civilian and military schools, has suspended classes until April 7.