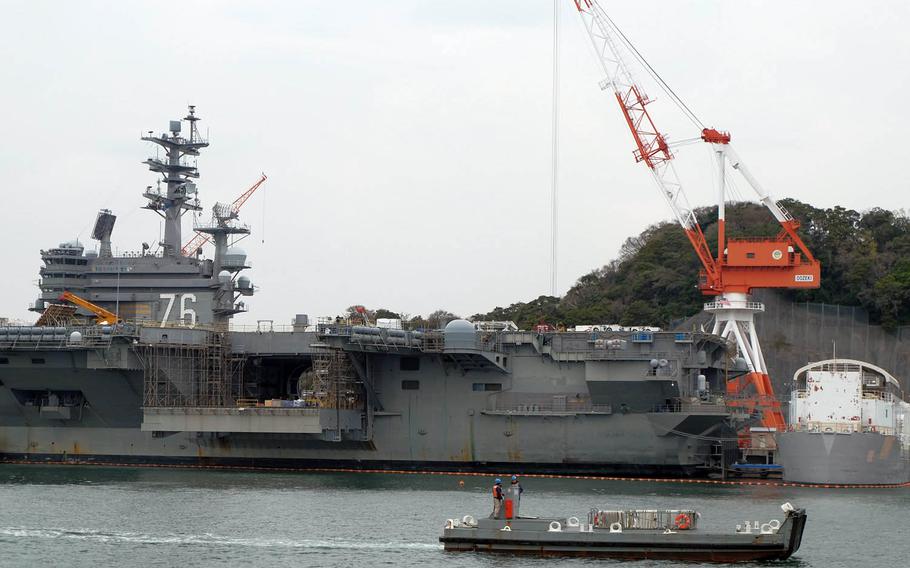 YOKOSUKA NAVAL BASE, Japan – A civilian contractor who died recently after an incident aboard the USS Ronald Reagan has been identified as George Gozdziak, his company and Navy officials said Friday.

Gozdziak, 59, was attended to by medical workers aboard the aircraft carrier at its Yokosuka harbor berth between noon and 1 p.m. on March 17. He was taken to U.S. Navy Hospital Yokosuka, where he was formally pronounced dead.

Details of the cause of Gozdziak’s death were not immediately available Friday. However, ship leadership notified the crew that day that a contractor had fallen from a ladder, and that medical personnel had found him unresponsive at the scene, sailors told Stars and Stripes.

“He will be greatly missed by his IAP Family,” Dale Lichtenthal, the company’s operations manager, wrote in an email Friday.