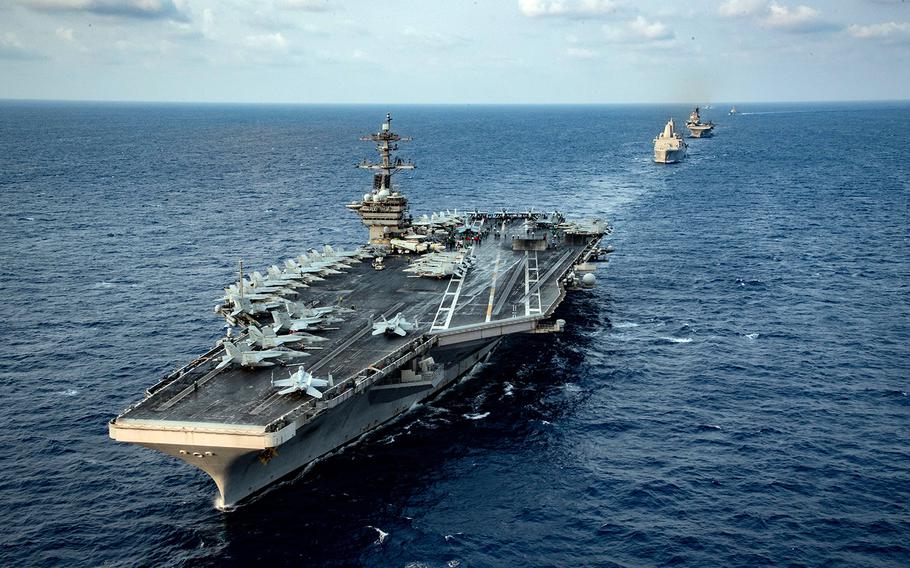 The Chinese military should consider using non-lethal lasers on U.S. Navy warships to discourage their transits through the South China Sea, a state-run newspaper in China said Tuesday.

Chinese military expert Song Zhongping told Global Times that the use of electromagnetic weapons, such as low-energy laser devices, could “send a strong warning” by temporarily paralyzing weapon and control systems on U.S. ships — all done “without visible conflict.”

China asserts sovereignty over most of the South China Sea, a claim disputed by other countries bordering the waters, such as Vietnam, Philippines and Indonesia.

China has occupied and militarized some disputed islands, and the U.S. Navy routinely sails ships near them during so-called freedom-of-navigation operations designed to underscore U.S. commitment to “free and open” international waters.

The laser, picked up by the plane’s sensors, could have potentially harmed crew members, the Navy said, describing the act as “unsafe and unprofessional.”

China’s Ministry of Defense has dismissed the Navy’s claim as untrue.