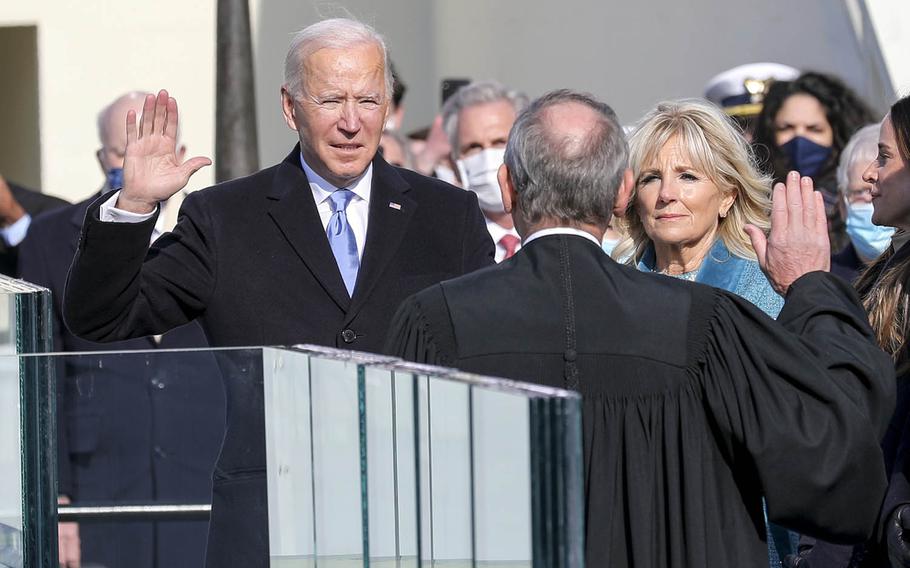 China hopes for a more relaxed relationship with the United States under President Joe Biden, but his press secretary Monday said the administration is mindful of Beijing’s “economic abuses.”

Biden’s leadership should “bring China-U.S. relations back onto the track of sound and stable development,” Chinese Foreign Ministry spokeswoman Hua Chunying said at a press conference Thursday. The new president should “view China and China-U.S. relations in an objective and rational manner,” she said, according to a transcript of her remarks.

“We have been stressing that China would like to strengthen dialogue and cooperation and properly manage differences following the spirit of non-conflict, non-confrontation, mutual respect and win-win cooperation,” Hua said. “China hopes the United States will meet us halfway.”

At a press conference Monday, White House press secretary Jen Psaki said the Biden administration is “starting from an approach of patience” with Beijing.

“China is engaged in conduct that hurts American workers, blunts our technological edge and threatens our alliances and our influence in international organizations,” Psaki said. “… Beijing is now challenging our security, prosperity and values in significant ways that require a new U.S. approach.”

Tensions with China soared under President Donald Trump. His administration in 2018 started a trade war by imposing tariffs on $360 billion worth of Chinese imports, which brought retaliatory measures from Beijing. In July, the State Department formally rejected China’s territorial claims in the South China Sea and its militarization of islands there.

The U.S. also boosted relations with Taiwan, a hot-button issue for Beijing, which considers the self-governed island a part of its territory and has made reunification a national goal.

Hua on Thursday accused the Trump administration of having had a “selfish political agenda, bias and hatred against China,” according to the transcript.

“In the past few years … some anti-China politicians in the United States planned, worked on and made a lot of crazy moves that severely interfered in China's internal affairs, undermined China's interests, hurt the Chinese people's sentiments and damaged China-U.S. relations,” Hua said.

Psaki said Biden would “take a multilateral approach to engaging with China, and that includes evaluating the tariffs currently in place,” according to the briefing transcript.

“The president is committed to stopping China’s economic abuses on many fronts, and the most effective way to do that is through working in concert with our allies and partners to do exactly that,” she said.