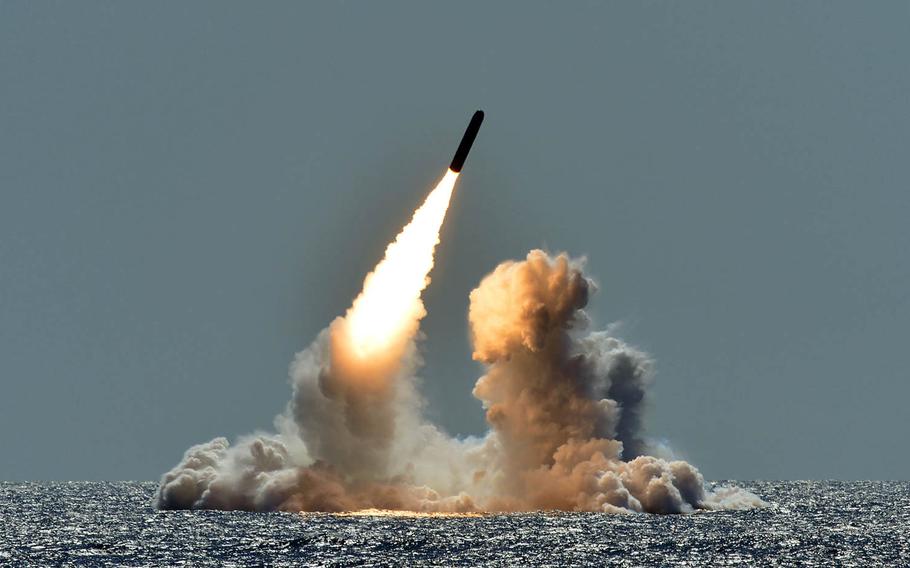 “I believe they are stealing technology in just about every domain and trying to use it to their advantage,” Adm. Philip Davidson said during his nomination hearing before the Senate Committee on Armed Forces.

If confirmed, Davidson, who now heads U.S. Fleet Forces Command, would replace PACOM commander Adm. Harry Harris, who is expected to retire next month and has been nominated for the ambassadorship to Australia.

He described America’s undersea dominance as “a perishable advantage.”

“The United States maintains a significant asymmetric advantage in undersea warfare, but the [People’s Liberation Army] is making progress. China has identified undersea warfare as a priority, both for increasing their own capabilities as well as challenging ours.

“The Chinese are investing in a range of platforms, including quieter submarines armed with increasingly sophisticated weapons, unmanned underwater vehicles, new sensors, and new fixed-wing and rotary-wing submarine-hunting aircraft.”

Asked by Sen. Richard Blumenthal, D-Conn., whether China was advancing to eliminate the U.S. advantage, Davidson said, “I believe so, sir.”

“They have new submarines both on the ballistic-missile side and on the attack submarine side, and they’re achieving numbers in the build of those submarines as well,” he said. “And they’re also pursuing other technologies to give them better insights into our operations in the undersea domain.”

That prompted Blumenthal to ask whether and how China was stealing American undersea technology.

“One of the main concerns we have, sir, is cyber and penetration of the dot-com networks,” Davidson said. “Exploiting technology from our defense contractors, in some instances. And certainly their pursuit in academia is producing some of these understandings for them to exploit.”

He said the entire Defense Department “should insist on higher standards for the systems that we buy from the commercial” sector.

China has sought to acquire U.S. technology by any means “licit or illicit,” James Andrew Lewis, senior vice president of the think tank Center for Strategic and International Studies, wrote in a commentary last month.

“China accounts for a majority of economic cyber espionage against the United States (perhaps three-quarters of the losses are from Chinese spying),” Lewis wrote.