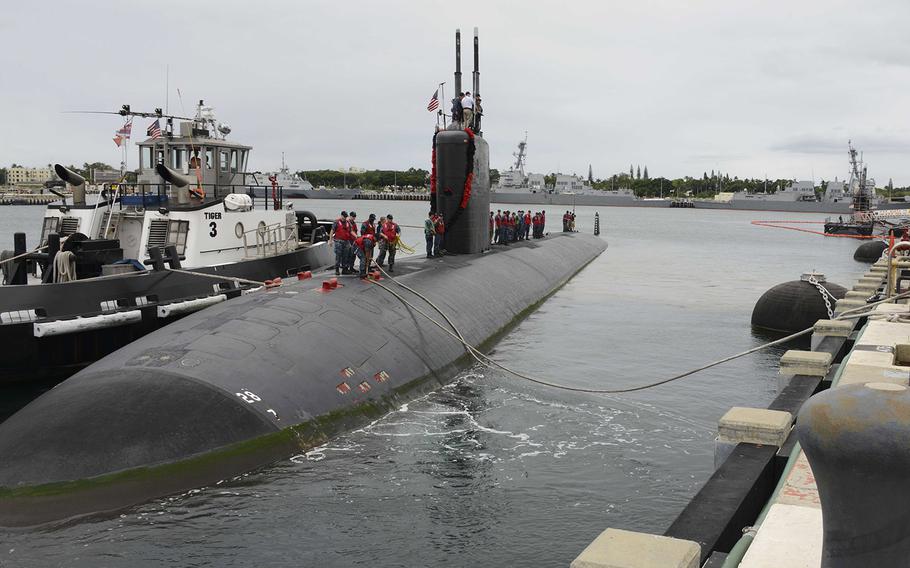 FORT SHAFTER, Hawaii — The senior enlisted sailor serving aboard the fast-attack submarine USS Jefferson City has been relieved as chief of the boat due to misconduct, the Navy said Friday.

He has been replaced by Master Chief Sonar Technician (Submarine) Daryl Green, the Navy said.

The USS Jefferson City, a Los Angeles-class sub, is homeported at Joint Base Pearl Harbor-Hickam.

A Navy official with knowledge of the investigation said Szymanski had shared tablets of a prescription medicine with two chief petty officers in mid-May. Those officers discarded the pills, which had been validly prescribed to Szymanski, the official said.