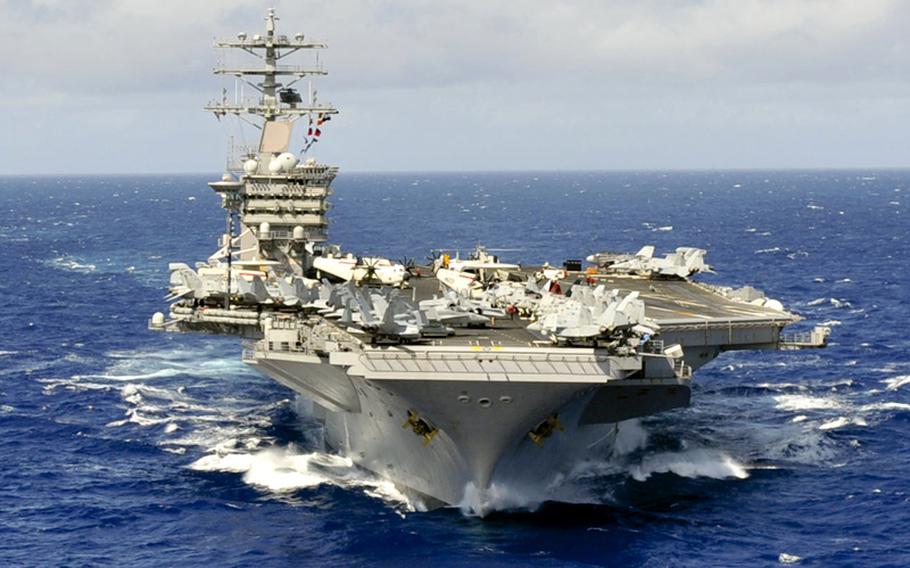 SEOUL -- Looks like some shutterbugs might have tipped off North Korea that the U.S. Navy's USS Nimitz was headed into South Korean waters. On Sunday, North Korea's state-run media agency mentioned the aircraft carrier in a news release, a day before it was first reported in the South Korean media. According to some South Korean media reports, U.S. and South Korean military officials initially feared a phone tap, intelligence leak or hacked email account might be to blame.

Instead, it looks like a South Korea camera club's website was the real culprit. Over the weekend, the camera club announced that an aircraft carrier would arrive in Busan on May 11, and that people were needed to drive American sailors around after its arrival, a South Korea Ministry of National Defense said.

Another posting also suggested where photographs might be able to get the best shots of the ship. Those posts combined with other information available on the Internet -- including a post on the U.S. Navy’s website last week reporting that the nuclear-powered Nimitz had entered the jurisdiction of the 7th Fleet -- might have led the North to conclude the nuclear-powered aircraft carrier was on its way, a South Korean Ministry of Defense official said Wednesday. The U.S. and South Korea are staging a five-day joint anti-submarine exercise this week, and the Nimitz will take part in another joint naval exercise next week, South Korean media outlets reported. The two allies reportedly planned to play down the Nimitz’ visit to the region in hopes of not upsetting the ever-sensitive North. Officials insist the exercises are routine. “We are not trying to deliver any message to North Korea with this exercise,” a spokesman for the South Korea Joint Chiefs of Staff said, referring to this week's anti-submarine drills. “This exercise is for improving the U.S.-South Korean war-fighting power.” U.S. Naval Forces Korea spokesman Lt. Jared Apollo Burgamy said as a matter of routine, the Navy does not discuss future operations and port visits are typically not announced until the day before. As for the Nimitz, he said, “The Nimitz Carrier Group is operating in the 7th Fleet area of operations. We routinely seek opportunities to conduct interoperability training with our allies and maritime partners to include the Republic of Korea's forces in order to strengthen the alliance and enhance regional stability.” Nevertheless, North Korea has in recent days vowed immediate countermeasures if so much as one shell fired during the joint U.S.-South Korea exercises land in North waters. The U.S. and South Korea are trying to push “the present state of war to an actual war,” according to a statement posted on the North’s government-run Korean Central News Agency website. rabiroff.jon@stripes.comchang.yookyong@stripes.com