B-2 stealth bombers return to Hawaii for second round of training, patrolling 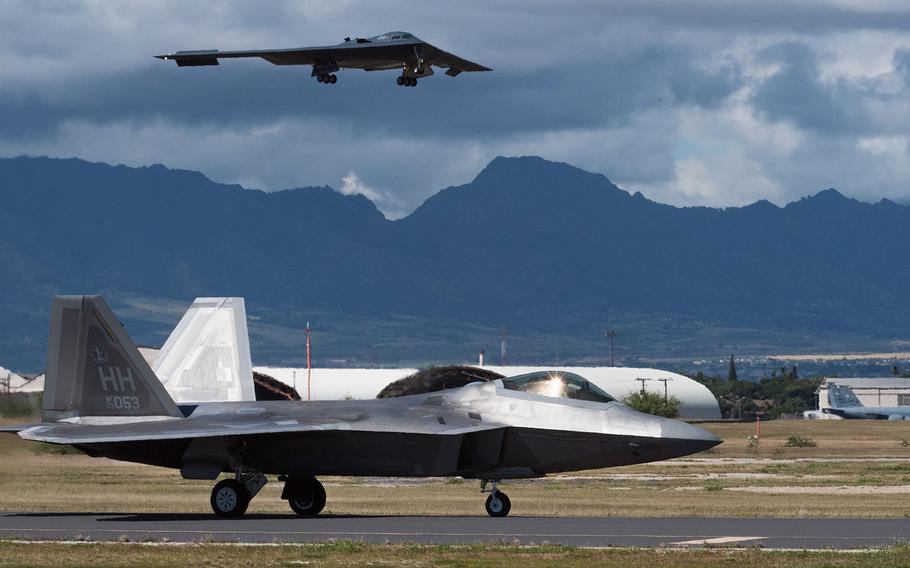 This is the second time B-2 bombers, based at Whiteman Air Force Base, Mo., have rotated to Hawaii to support the task force, the service said in a statement Friday.

B-2 bombers routinely rotate to Andersen Air Force Base in Guam for training and regional patrols.

“Deploying to Hawaii enables us to showcase to a large American and international audience that the B-2 is on watch 24 hours a day, seven days a week, ready to protect our country and its allies,” Lt. Col. Joshua Dorr, 393rd Bomb Squadron director of operations, said in the statement.

“It affords us the opportunity to work with our allies in joint exercises and validates our always-ready global strike capability,” he said.

The B-2 Spirit can carry conventional or nuclear weapons. Its design makes it difficult to be detected by radar, allowing it to penetrate sophisticated enemy defenses.