Australia joins US and Japan for annual minesweeping exercise 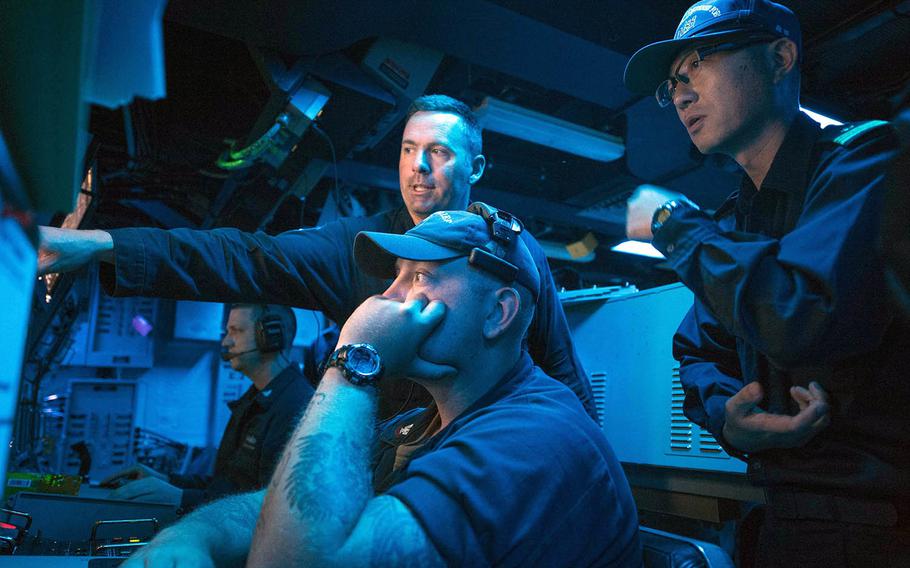 CAMP FOSTER, Okinawa — Australia is for the first time joining the United States and Japan for mine-countermeasure training off the southern Japanese coast.

During the 3JA mine warfare exercise, which was expected to kick off Saturday and run through the following week — the U.S. Navy, Japan Maritime Self-Defense Force and Royal Australian Navy will practice sweeping, hunting and detecting underwater mines, a Navy statement said.

A variety of mine-countermeasures aircraft and vessels from all three nations — including the USS Chief, JS Bungo, JS Uraga, HMAS Huron and HMAS Gascoyne — will also work together in a simulated minefield to clear a route for other ships, the statement said.

The fleet's work with the JMSDF, as well as the addition of Australian troops "gives exercise 3JA a much more vibrant impact and allows for greater richness of training,” he said in the statement.

In July, India practiced mine-countermeasure techniques with the United States and Japan off Aomori prefecture.

The annual 2JA mine-countermeasure exercise traditionally involves only the U.S. Navy and JMSDF, but this year the Indian Navy sent four explosive ordnance disposal divers to participate with 20 others sent by the U.S. and Japan, according to the JMSDF.